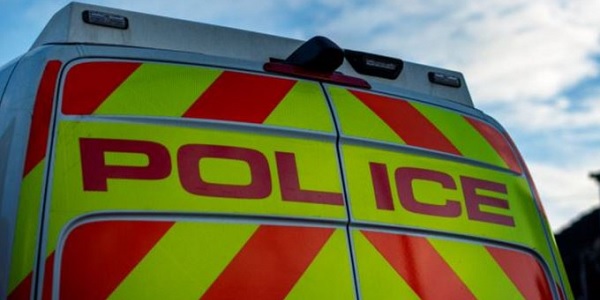 PORTLAND – On July 1, 2020, a complete stranger approached an elderly man in a Portland Denny’s and viciously struck him, breaking his jaw in multiple places. Tom, 81, was conducting a routine prayer breakfast which had dwindled to three elderly white people because of COVID-19 restrictions.

As they quietly spoke that morning, a young African American male, 19-20 years of age, walked in and directly up to Tom. Witnesses say he had some type of "metal" in his hand, which he used to smash Tom’s face, and seemed poised to hit him again but fled when servers came running.

Later, they learned the same man had assaulted at least five people within a few hours, in daylight and before many witnesses. From Denny’s, he wandered a few blocks to Elmer’s Restaurant, a favorite of families and elderly people. He attempted to attack a Latino server there, but the man ducked. Crossing the street, he accosted someone at a Target store, but without reported injuries. At the same mall, he entered a Kohls store and left with a complete stolen outfit.

Once again, either no one saw, or wanted to interfere with, his crimes. Hours later, he was threatening and swinging at passengers on Portland’s Max trains. Police have video images of some of these assaults, but haven’t identified him yet. No surprise, because Portland police are under siege as seen on television screens across the world. Tom’s assault and many like it are not being reported.

A horrific crime occurred in 2017 at the Clackamas Denny’s, bordering Portland, which may be ideologically related to this one. Black Lives Matter has been active in the area for several years. On April 19, 2017, Deshaun James Swanger, 24, walked into the restaurant and calmly doused Scott Ranstrom, 69, with gasoline and set him ablaze. Ranstrom received severe burns but survived, while Swanger received a 10-year sentence. He also attempted to burn another man, who wasn’t seriously injured, and harassed men in a theater before the arson and attempted murder in Denny’s.

Today, crime is so common in the Portland/Vancouver area that it is often ignored. Members of the community are often unaware of crimes in their own neighborhoods. The news media conspicuously downplays or fails to report even the most terrifying crimes, such as another man doused with gasoline and burned near a Vancouver, Washington, gas station on July 2, 2020. Vancouver shares a border with Portland.

Speaking with an officer from Portland’s East Precinct, I heard a tale of closed police facilities and many injured and overworked police. Dealing with repeated assaults and constant crises over a two-month period, they are woefully understaffed already.

Officers said “routine” assaults and crimes, even serious ones, are laid aside to deal with impending destruction in downtown and other protest areas. Meanwhile, victims don’t know if assaulters, rapists, arsonists or even murderers have been located or arrested.

Not only are officers mocked and ambushed, they are hampered in the prosecution of those they manage to arrest. Even gaining access to records and evidence is greatly hampered. Portland’s major record department, the Justice Building, is currently besieged and blocked by protestors, endangering staff and slowing access to the place. And as of July 30, the ACLU has gained an injunction against the Portland Police that forbids them to keep photographic or video footage of people in the act of committing crimes, so that suspects can be found later.

Except for emergency calls, contacting the police (such as for this interview) is very difficult. Shortened hours, no desk clerks, and phone lines shut down. I asked an officer if they had been ordered to “stand down” by their superiors. He wasn’t working a street beat, but said the explosion of crimes, contrasting with almost no arrests, made it “pretty obvious” that officers were being asked to handle criminals with kid gloves – and least the politically based ones downtown. And the rest benefit from the log-jam.

Tom still can’t eat, and it may be months before his jaw heals entirely. He is in a great deal of pain and would like to know that his assailant is in custody.