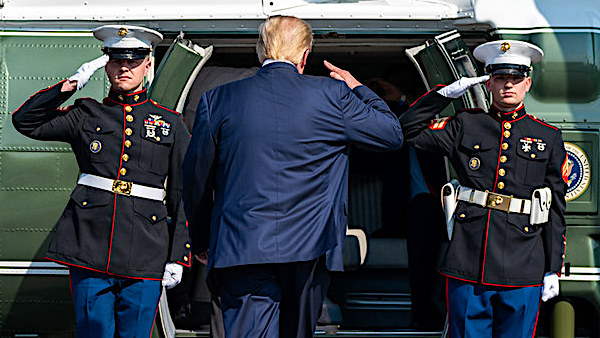 President Trump on Monday unloaded on the Obama administration's "Obamagate" scandal, which deployed American intelligence agencies to spy on his successful 2016 presidential campaign.

It happened after a question from One America News White House correspondent Chanel Rion, who asked for his thoughts on the possibility of presumptive Democratic nominee Joe Biden picking Susan Rice as a running mate.

"The Obama campaign spied on our campaign. And they've been caught, and now let's hear what happens to them," the president said.

Referring to Rice, he said, "I don't want to say how much she's involved."

But he confirmed she would be a "potential liability" for Biden.

Trump pointed out that President Obama, then-Vice President Biden and many others knew about the actions.

"We have it documented," he said.

"This should never happen again. I think it's the political crime of the century."

Attorney General William Barr has appointed U.S. Attorney John Durham to investigate the Obama administration's probe, which included using a now-debunked political document, the Steele dossier, that was funded by the Hillary Clinton campaign as evidence in court against the Trump campaign.

Durham has convened a grand jury that could return criminal indictments in the coming weeks.