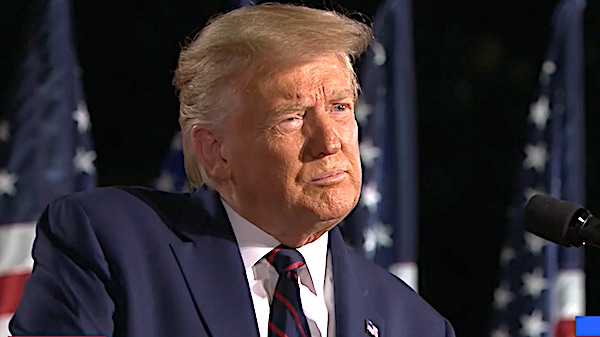 A video circulating on social media presents a montage of threats against the United States and President Trump by Democrats and media figures.

"They're still going to have to go out and put a bullet in Donald Trump," says one.

The video was posted on Twitter by Blaze TV reporter Elijah Schaffer.

There were two other entertainers, one who held up a faked bloody head of a decapitated Donald Trump and another who said, "I have thought at awful lot about blowing up the White House."

"Imagine if any Republican encouraged people to go punch Biden in the face? Or strangle his family members? Or blow up his home? It would be front-page news 24/7. But since it's Trump? Eh."