Texas' 7th Congressional District race for 2020 is shaping up as a bellwether contest that will define in microcosm the state of our entire nation. The race pits incumbent Democrat Lizzie Fletcher against newcomer Republican Wesley Hunt, and the contrast between these two candidates could not be more pronounced.

Democrat Fletcher was an insurgent first-time winner in the last election cycle for Congress, ousting Republican John Culberson, an ineffective RINO-esque fixture that didn't seem to stand for much of anything. Fletcher has proven to be a first-class water carrier for the insanity that is the democratic-socialist agenda, voting lock-step with Nancy Pelosi over 99% of the time. She seems to be incapable of rationally processing even the most basic of facts in context of her district despite being a licensed attorney.

When the COVID-19 crisis was first emerging, Fletcher was doing what all Democrats were doing, which was impeaching the president. She apparently couldn't have cared less about the impending threat to the nation and instead focused on charges known to be baseless with complete disregarded to the harm Democrats were causing the nation and its institutions.

Fletcher communicated with her constituents about her solemn and historic duty to impeach, all the while ignoring Joe Biden's self-admitted extortion of Ukrainian officials, demanding the firing of a specific Ukrainian prosecutor in exchange for U.S. aid. Fletcher also completely ignored the fact that Hunter Biden has been documented as receiving "protection money" from one of the firms the fired Ukrainian prosecutor was investigating.

When rioting broke out across the nation as fallout from George Floyd's unconscionable demise, and as Democrats were freeing dangerous criminals from prisons and jails across the land under the ruse of "COVID-19 mitigation," Fletcher seemed to defy all connection with rational thought as she reflexively followed the Democratic-anarchist agenda. Fletcher called for the defunding of police forces across the nation as well as draconian, unscientific COVID-19 lockdowns of law-abiding citizens and their businesses.

Since Texas' 7th is in the heart of Houston, and Houston is the energy capital of the world, you'd think Fletcher would be sensitive to industry needs and understand the national security implications of energy policy. But apparently unable to process even the most basic of information in a rational way, Fletcher embraces the radical Green New Deal championed by some of the wackiest politicians to ever disgrace Washington. Fletcher apparently agrees with these whack-jobs that America should dismantle all fossil fuels immediately.

Democrat Fletcher is also an ardent supporter of universal abortion. She champions not only the destruction of black pre-born children, but of all pre-born children. Evidently unable to rationally process even the most basic of scientific facts, Fletcher responds in Pavlovian fashion in support of socialist claims that the pre-born are not human and therefore are fair game to be slaughtered, dismembered and harvested for industry. Fletcher's position on abortion supports the destruction of these children by means that would land people in jail for psychopathic cruelty if they used such methods on livestock or pets.

As the nation witnesses Democrats' efforts to divide America with incessant race-baiting, Fletcher has cast her lot with the party that institutionalized racism. So much for black lives mattering.

In stark contrast, Republican challenger Wesley Hunt is the utter antithesis of the irrational Fletcher. Wesley Hunt is a West Point graduate and combat veteran who served our country with valor; he is literally battle tested. And unlike Fletcher, Mr. Hunt has a long history of serving his country, not his own interests. 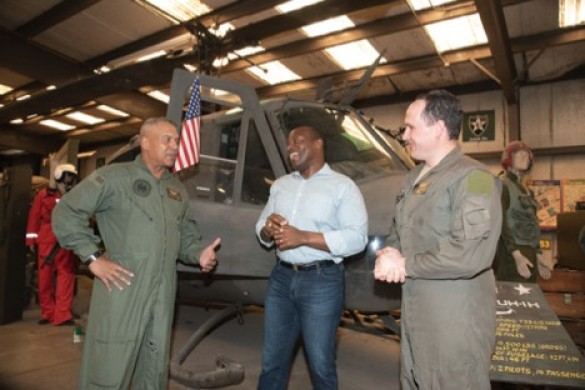 Wesley Hunt excels at rational thinking. He rejected the impeachment of our president over baseless charges and fully understood and rejected the damage that Nancy Pelosi's and Adam Schiff's illicit proceedings caused our great nation and institutions. But then, rational thought is the hallmark of anyone who graduated from West Point, and all the more so from a proven combat veteran who also earned not one, not two, but three Masters degrees in addition to his West Point education.

Unlike Democrat Fletcher, Wesley Hunt also understands the realities of COVID-19 and proposes rational policies. Hunt maintains a level-headed position that acknowledges the actual science as opposed to media driven hysterics, and understands the dire implications to the human condition of closing our economy and our schools. Wesley Hunt understands that our response to COVID-19 must not cause greater consequences than COVID-19 itself and that policy must be crafted accordingly.

Unlike Fletcher, Hunt supports our police and opposes criminal releases. The Republican calls for additional funding for our police forces as they now are forced to deal with criminals released by Democrats in addition to dealing with riots facilitated by Democrats.

Likewise, Wesley Hunt understands his constituency and grasps the need for a national energy policy that is based in pragmatism and national security as opposed to Fletcher's irrational Green New Deal fantasies. Wesley Hunt is the right man for both his district and the nation when it comes to energy policy because Wesley Hunt knows firsthand what the Middle East is all about.

In February, Wesley and wife Emily welcomed their first child, Victoria, into the world. 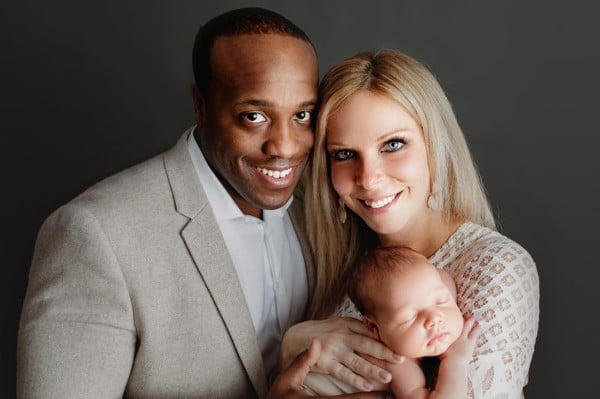 Republican Wesley Hunt understands the vulnerability of children and is a pro-life candidate committed to protecting our most vulnerable. As a new father, Wesley also understands the need for America to be a beacon of racial harmony and a bastion of opportunity for all.

There is good reason that Wesley Hunt is gathering big-name Republican endorsements such as former Secretary of State James A. Baker, Sens. Tom Cotton, Joni Ernst and Ted Cruz, and of course an endorsement from President Donald Trump, stating:

"@WesleyHuntTX is running for Congress in the Great State of Texas. He will help us accomplish our America First policies. Wesley is strong on Crime, the Border, our 2nd Amendment, Trade, Military and Vets. Wesley has my Complete and Total Endorsement! - Donald J. Trump (@realDonaldTrump) February 12, 2020".

One poll from 2019 gives Hunt a slight lead over Fletcher; he has a very real ability to unseat her provided his campaign funding continues to match Fletcher's.

Texas 7th is a race that is a microcosm of November's choice for America's future. It's a race that pits two candidates that could not have more differing ideologies. And it's much, much more than a race of Republican against Democrat; it is literally a race about whether rational or irrational thought will govern our nation.

I have no connection with the Hunt campaign, but I do encourage you to get to know Wesley Hunt and his landmark race for Congress.