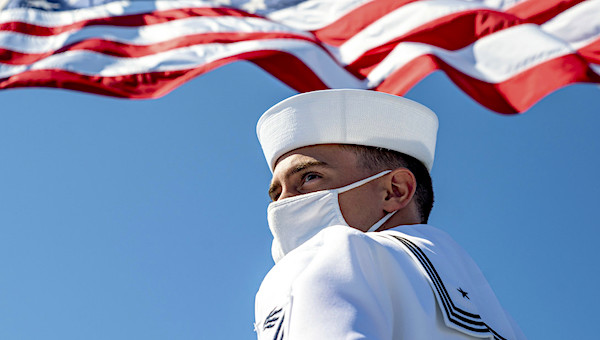 Proposed changes to immigration rules include blocking citizens or legal residents from reentry if an official thinks that they have been exposed to or infected with the coronavirus, the New York Times reported.

President Donald Trump has already denied entry to foreigners traveling from coronavirus hot spots such as China and most of Europe from entering the U.S., the Times reported Monday. The proposed changes to the regulations would expand governmental power to address returning Americans and foreigners who legally reside in the states.

These new regulations would allow a government official who “reasonably believes that the individual either may have been exposed to or is infected with the communicable disease,” to prevent the individual from re-entering, the Times reported, though the draft of the proposed legislation obtained by the Times does not explicitly say how long citizens or legal residents might have to wait to re-enter.

Breaking News: President Trump is considering allowing border officials to temporarily block Americans suspected of having the coronavirus from returning to the U.S. https://t.co/f9ENuNMtGH pic.twitter.com/BtPkDVbIrc

If a citizen or legal resident is restricted by a federal official from re-entering the country, the draft says that the restriction should “include appropriate protections to ensure that no constitutional rights are infringed,” the Times reported.

The “C.D.C. expects that any prohibition on the introduction of U.S. citizens or L.P.R.s from abroad would apply only in the rarest of circumstances, when required in the interest of public health, and be limited in duration,” the draft says, according to the Times.

Should the U.S. block Americans from re-entry if they're exposed to coronavirus overseas?
44% (7 Votes)
56% (9 Votes)

It’s unclear when the proposed changes might be approved or formally announced, the Times reported. According to officials, there are currently no restrictions against re-entry for citizens or legal residents over concerns of spreading a communicable disease like the coronavirus, the Times reported.

The government is authorized to give additional health screenings and impose quarantines on citizens or legal residents re-entering the country, the Times reported.