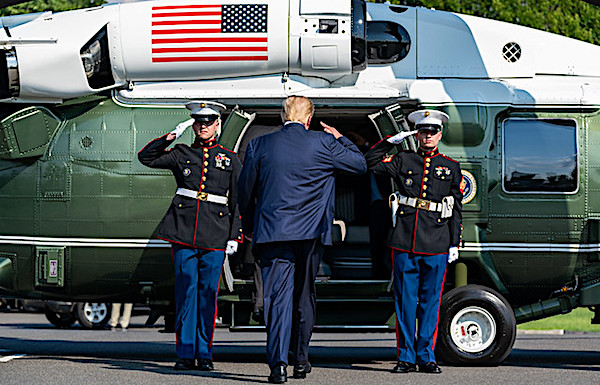 Two former Army officers assert President Trump is assembling an army of "little green men" to keep him in the White House after his term is over.

The wild claim comes from John Nagl and Paul Yingling in an open letter published by Defense One.

They believe Trump will lose the 2020 election and then refuse to leave the White House, leaving Gen. Mark Milley, the chairman of the Joint Chiefs of Staff, with two options.

"Under the first, U.S. military forces escort the former president from the White House grounds. Trump's little green men, so intimidating to lightly armed federal law enforcement agents, step aside and fade away, realizing they would not constitute a good morning’s work for a brigade of the 82nd Airborne. Under the second, the U.S. military remains inert while the Constitution dies," they wrote.

Twitchy, the Twitter news aggregator, noted the idea that Trump won't accept the results of the election has been around for years.

"Then-candidate Pete Buttigieg was asked about it by reporters. CNN ran a piece in February asking what might happen if Trump refused to leave the White House peacefully," a Twitchy blogger wrote. "Rep. Maxine Waters just last month said the rioting in Portland was a 'trial run' for when Trump refuses to leave office. It’s ridiculous." 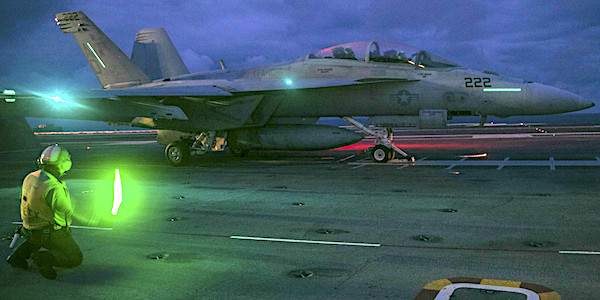 Nagl and Yingling warned Milley: "As the senior military officer of the United States, the choice between these two options lies with you. In the constitutional crisis described above, your duty is to give unambiguous orders directing U.S. military forces to support the constitutional transfer of power. Should you remain silent, you will be complicit in a coup d’état. You were rightly criticized for your prior active complicity in the president’s use of force against peaceful protesters in Lafayette Square. Your passive complicity in an extralegal seizure of political power would be far worse."

The former officers claimed Trump "is actively subverting our electoral system, threatening to remain in office in defiance of our Constitution."

They said he is facing "near certain electoral defeat" along with "criminal charges" once he is no longer in office. 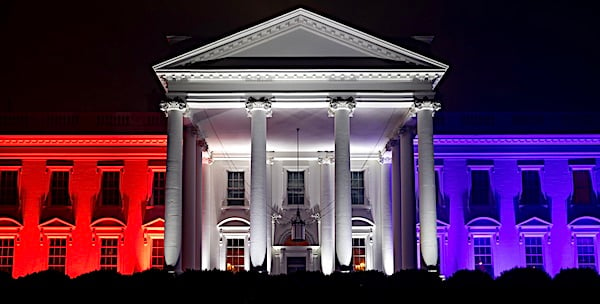 "Mr. Trump is assembling a private army capable of thwarting not only the will of the electorate but also the capacities of ordinary law enforcement. When these forces collide on January 20, 2021, the U.S. military will be the only institution capable of upholding our constitutional order," they wrote.

They alleged the president "is following the playbook of dictators throughout history: he is building a private army answerable only to him. When Caesar faced the prospect of a trial in Rome, he did not return to face his day in court. He unleashed an army personally loyal to him alone on the Roman government. No student of history, Mr. Trump nevertheless appears to be following Caesar’s example. The president’s use of militarized Homeland Security agents against domestic political demonstrations constitutes the creation of a paramilitary force unaccountable to the public. The members of this private army, often lacking police insignia or other identification, exist not to enforce the law but to intimidate the president’s political opponents."