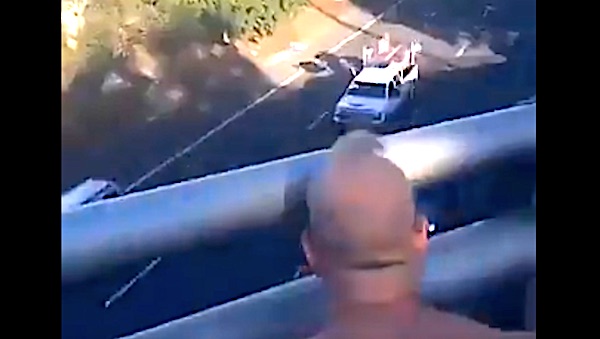 On the same day and in the same city of Portland, Oregon, in which a President Trump supporter was shot and killed Saturday, a pro-Trump caravan of cars was pelted by laughing leftists who threw rocks, bottles and other projectiles from a highway overpass.

Videos posted on Twitter, some of which contain graphic language, reveal the disturbing activity:

"During the Trump vehicle parade several leftists positioned themselves on at least one overpass and launched projectiles at the passing pro-Trump vehicles," noted Jim Hoft of the Gateway Pundit.

"They were so proud of their lawlessness that they filmed it. Of course, this is potentially very dangerous. The left doesn't care. They even threw bottles at the car. If the vehicles had American flags – they got pelted!"

As WND reported, as the car-caravan event was wrapping up, a Trump supporter identified as Jay Bishop was shot in the chest and killed, allegedly by an unknown leftist. 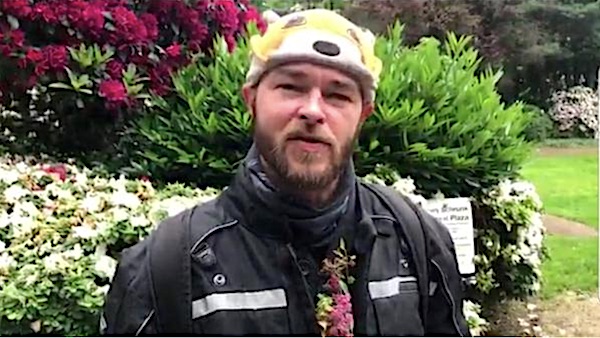 "Last night my son was brutally murdered by communists in Portland. He did not deserve that!" Stephen Bishop said of his slain son, Jay Bishop, in a post on Fundly.com. "Please help us bury him with the dignity deserved by true patriots! Thank you and god bless you all!"