Because of the virus, there is a current debate over whether to open up the schools or only use online instruction.

Online instruction allows parents to hear what is being taught to their children. But that has some liberals up in arms because they want to teach a more radical curriculum than most parents would wish.

Perhaps the largest bone of contention in this respect is in the realm of sex education, which in our day has become more radicalized.

Dacus told D. James Kennedy Ministries: "With the new sex-ed curriculum revolution taking place in public schools, it is a literal spiritual genocide. … It is so twisted with a radical LGBTQ [perspective] taught to young children all the way down to kindergarten, convincing them that they can change their gender – be a boy on the inside, girl on the outside."

The Family Research Council (FRC) has recently released a booklet laying out the shocking facts about all this. It is entitled "Sex Education in Public Schools: Sexualization of Children and LGBT Indoctrination." The author is Cathy Ruse, a senior fellow at FRC and Georgetown Law grad.

Ruse notes, "Most of us remember what sex education was like when we were in school. A couple of uncomfortable hours … Things are very different today."

• Children are taught they could be born "in the wrong body."
• Teens are shown videos of techniques to pleasure their sex partners.
• Students are told how to have abortions without telling their parents.
• Schools in Indiana send teens out to shop for condoms.

And on it goes.

Tony Perkins, the president of FRC, told me in an interview: "When most parents hear about sex education, they immediately think back to their gym teacher giving them some of the basic facts of human biology. But that's not what is being taught today in our schools."

He noted that for the most part much of today's teaching is "a tutorial on sexual activity." He also said, "It has expanded to where in some cases it is 70 hours of instruction."

Planned Parenthood is now the nation's largest sex educator in our public schools – and the organization profits off of the abortions they provide to sexually active teenagers. This reminds me of the old phrase, "Follow the money."

In an interview on Christian television, Cathy Ruse told me, "There is a story out of a rural Virginia county where parents learned that their ninth-grade daughters had been shown a Planned Parenthood sex-ed video … focusing on certain sexual organs of their partners, and the video promoted the use of sex toys."

As noted earlier, response to the coronavirus has shut down many schools, which now provide only virtual classes. And some educators do not welcome parental involvement.

Last week, the DailyWire.com (Aug. 20) noted that parents have to sign a waiver "agreeing not to monitor virtual instruction." Why? Does the school have something to hide? This particular story was out of Murfreesboro, Tennessee – not some liberal metropolis.

On Aug. 10, washingtonexaminer.com wrote of a Philadelphia teacher who fretted that "conservative parents" who listen in on their children's instructions might interfere with teachers who are involved "in the messy work of destabilizing a kid's racism or homophobia or transphobia." The teacher assumes that teachers know what's best for the children, not the parents.

Who is responsible for the children? The parents or the teachers?

The Bible tells us that the parents are responsible for rearing their children. And God will hold parents accountable for the type of education they provide for their children. This is why school choice is such a hotly debated topic today.

One byproduct of the COVID-19 pandemic is that some parents learned that they actually could homeschool their children. Homeschooling has a long and rich tradition in American history. Some of our Founding Fathers and great leaders were homeschooled for at least part of their education. This includes George Washington, John Adams, Alexander Hamilton and Abraham Lincoln. Homeschooled children today often succeed well beyond their public school counterparts.

Parents are responsible for their children, even if they delegate the teaching to the school. Our TV ministry once covered a story about a young girl in a California high school who had an abortion apart from her parents' permission or knowledge. When she developed an infection (because of the abortion) that caused her to be paralyzed, it was the parents, not the school, who had to pick up the pieces of her shattered life. Schools should work with parents, not against them.

If the schools are teaching dangerous things, including falsehoods about sex – and purposely excluding the parents from knowing what's going on – parents might want to consider other educational options for their children.

Jerry Newcombe
Jerry Newcombe, D.Min., is a TV producer and the co-host of "Kennedy Classics." He has also written or co-written 24 books, including "The Book That Made America" (on the Bible) and (with D. James Kennedy) "What If Jesus Had Never Been Born?" and (with Peter Lillback) "George Washington’s Sacred Fire." Jerry hosts gracenetradio.com Thursdays at noon Eastern.
The link between American education and tearing down statues
Madison on the chopping block?
Why does the left seem more committed to death than to life?
Homegrown evil
Lincoln down the memory hole?
See more... 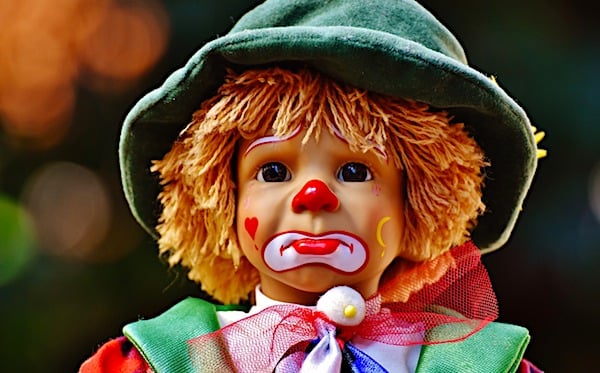