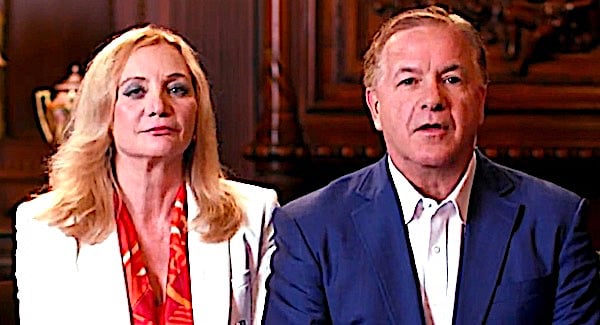 St. Louis, Missouri couple Mark and Patricia McCloskey, the homeowners who defended their home from protesters while wielding firearms, spoke at the 2020 Republican National Convention Monday in support of President Donald Trump.

A video of the McCloskeys defending their St. Louis mansion with firearms during a June 28 protest has garnered more than 15 million views on Twitter. The couple warned Americans that a similar incident could happen to anyone in the country.

“What you saw happen to us could just as easily happen to any of you who are watching from quiet neighborhoods around our country,” Patricia McCloskey said. 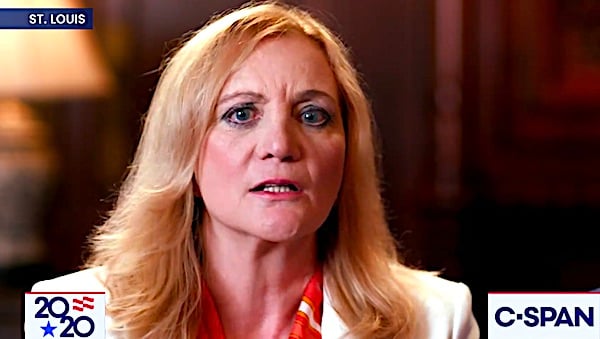 Mark McCloskey added: “Whether it’s the defunding of police, ending cash bail so criminals could be released back out on the streets the same day to riot again, or encouraging anarchy and chaos on our streets, it seems as if the Democrats no longer view the government’s job as protecting honest citizens from criminals, but rather protecting criminals from honest citizens.”

The McCloskeys ended their segment by endorsing Trump for president.

In the aftermath of the June incident, the couple said they were defending their home from protesters who were shouting threats, Fox News reported.

“[They said] that they were going to kill us,” said Patricia McCloskey on Fox News’ “Hannity” in a July interview.

Several protesters can be seen screaming at the McCloskeys while others are heard saying “keep moving,” according to video. “Private property, get out,” a barefoot Mark McCloskey is heard yelling to protesters while holding a rifle in separate footage of the incident.

The protesters were on their way to Democratic Mayor Lyda Krewson’s home to demand her resignation, according to the St. Louis Post-Dispatch. Krewson read the names and listed the addresses of protesters who demanded that the city defund its police department, NBC-affiliate WAND-TV reported.

Protests have been occurring in the wake of the death of George Floyd, who died in Minneapolis police custody after an officer knelt on his neck, video of the incident showed. 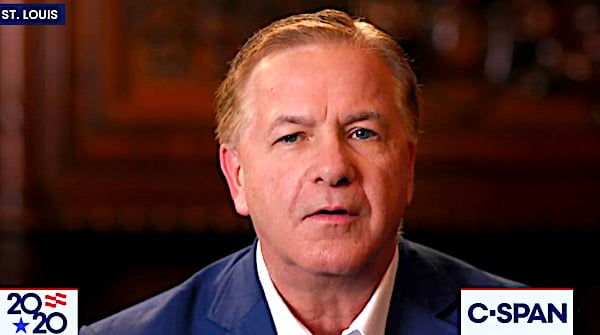 Police seized the McCloskeys’ firearms in July and days later St. Louis prosecutor Kim Gardner filed felony weapons charges against the couple. However, Missouri Attorney General Eric Schmitt sought to dismiss the charges while Gov. Mike Parson indicated that he would pardon the couple if they were convicted.

The McCloskeys are a husband-wife attorney team at McCloskey Law Center who specialize in brain injury, spinal injury and catastrophic injury cases. Mark McCloskey is representing Isaiah Forman, a black man who alleges he was unjustly kicked by Officer David Maas in a 2019 incident, The Associated Press reported.