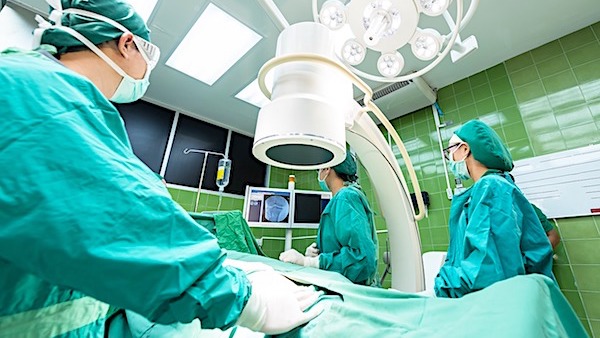 Researchers who conducted the world's largest study of patients who have undergone sex-reassignment announced last year to much fanfare their conclusion that the surgery reduced the need for mental health treatment.

But over the weekend, the editors of the American Journal of Psychiatry and the authors of the October 2019 paper issued a startling correction, wrote Ryan T. Anderson, a senior research fellow at the Heritage Foundation.

After a barrage of criticism of their study, the researches now find "the results demonstrated no advantage of surgery in relation to subsequent mood or anxiety disorder-related health care."

No only did the largest dataset on sex-reassignment procedures reveals that such procedures do not bring the promised mental health benefits, it showed patients who had sex-reassignment surgeries did worse in their treatment for anxiety disorders than those who did not.

The study is titled "Reduction in Mental Health Treatment Utilization Among Transgender Individuals After Gender-Affirming Surgeries: A Total Population Study."

"As the title suggests, the paper claimed that after having had sex-reassignment surgeries, a patient was less likely to need mental health treatment," Anderson said.

But the surgeries "do not bring mental health benefits."

The correction, he explained, was prompted by "a deluge of criticisms and letters to the editor."

One of the first scholars to raise questions was Mark Regnerus, a professor of sociology at the University of Texas at Austin. He noted the study's inconsistencies, including its finding that there were "no mental health benefits for hormonal interventions in this population."

Anderson also pointed out "that in a dataset of 9.7 million people, the results of the original analysis the authors put forward hinged on the outcomes of just three people."

The new conclusions align with what the Obama administration found in 2016, when the Centers for Medicare and Medicaid said "the four best designed and conducted studies that assessed quality of life before and after surgery using validated (albeit non-specific) psychometric studies did not demonstrate clinically significant changes or differences in psychometric test results after GRS [gender reassignment surgery]."

Anderson said: "So when the media tout studies that track outcomes only for a few years, and claim that reassignment is a stunning success, there are good grounds for skepticism. Indeed, it will be interesting to see which media outlets report on this past weekend’s correction – and the true results of the study."