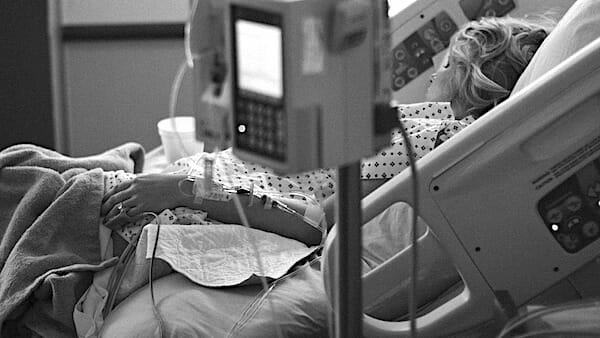 Intensive care unit beds were in short supply during the COVID-19 pandemic because of archaic laws that that protect hospitals and health care providers from new competition, according to a study.

The report by the Institute for Justice, called "Conning the Competition," found 35 states have certificate of need laws in which officials set caps on a variety of medical services, including ICU beds.

"At the height of the pandemic, no one had the time to stop and ask: 'How could one of the world’s most advanced health care systems run out of hospital beds?'" IJ said.

It's report shows how "a patchwork of decades-old laws hindered health-care providers’ ability to meet the needs of the nation."

In the name of preventing "oversupply," IJ said. the CON laws "serve only one purpose: to protect existing health care providers from competition."

"They are the vestiges of a discredited attempt to govern health care access by formulas and regulators, rather than allowing doctors and patients to work together to best meet the needs of the nation."

IJ lawyer Jaimie Cavanaugh, a co-author, said it's "telling that the majority of institutions that support CON laws are those that benefit from them. In reality, they only serve to protect existing providers from competition."

The institute has three active lawsuits that challenge such laws.

See an IJ video on the subject:

"It's hard to picture this kind of central planning in most other American industries," the judge wrote. "Consider, for example, if Michigan had told Henry Ford he couldn’t build a Model T factory because the market had enough Buicks. Just think how different our Commonwealth would look if Kentucky had told the innovators behind Louisville Slugger, Churchill Downs, and Kentucky Fried Chicken we already had enough baseball bats, race tracks, and fast food."

Melissa LoPresti, another IJ author on the report, said it should not have taken a worldwide pandemic for states to loosen or eliminate their CON laws.

"For decades, state CON laws have limited health care options and driven up health care costs, while doing nothing to ensure quality, affordability or safety for patients," she said. "That much is borne out by the fact that twelve states have completely eliminated their CON laws with no detrimental effects."

"Although the federal government has agreed for decades that CON laws are a policy failure, 35 states have been slow to repeal or reform their existing CON programs. And many states have expanded their CON laws to further insulate existing providers from competition," IJ said.

Nationwide, there is "no rhyme or reason" for the laws and the services they restrict.

"This demonstrates that political pressure—not concern for health and safety—has kept CON laws in place all along," IJ said.

The report also found that some states maintain health care moratoria, which are "more dangerous" because they operate as a total ban on open new or expanding existing facilities.