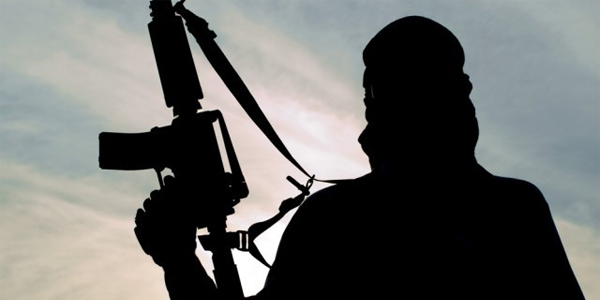 The leader of a Philippines militant group who has been linked to a series of beheadings, surrendered and was taken into police custody Thursday after suffering a gruesome injury in battle.

Abduljihad Susukan is the highest-ranking leader of Islamic rebel group Abu Sayyaf, which was designated a foreign terrorist organization by the United States in 1997, to have been taken into police custody this year, the Associated Press reported. Police served him multiple warrants for murder, attempted murder and kidnapping, according to Gen. Archie Gamboa, the country’s national police chief.

Police allege that Susukan has orchestrated kidnappings of Malaysians, the AP reported. Abu Sayyaf militants beheaded a Malaysian in 2015 on the day former Malaysia Prime Minister Najib Razak arrived in the Philippines for a summit.

Susukan was also allegedly involved in the kidnappings of two Canadians who were beheaded in 2016 after Abu Sayyaf didn’t receive the requested ransom, according to the AP. The militant who executed the men is still on the loose.

Susukan’s rifle grenade exploded accidentally in the midst of a battle last week, severing his left arm, according to the AP. He then gave himself over to Nur Misuari, a Muslim rebel chief who was appointed special envoy to the Organization of Islamic Cooperation by President Rodrigo Duterte.

Misuari, representing his Islamic rebel group the Moro National Liberation Front, signed the Jakarta Accord, a peace agreement with the Philippines government, in 1996, the AP reported.