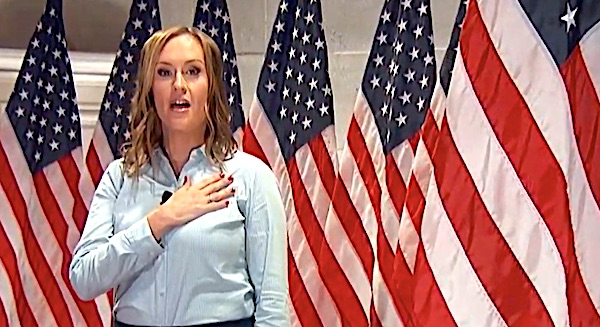 Confronting negative poll numbers in many states, including Pennsylvania, President Trump’s campaign seems to understand that America’s suburbs—wealthy and diversifying—have swung rapidly away from the Republican Party. Trump’s team is rushing to stanch the bleeding and win suburban voters back. Contrary to established wisdom, though, the 2020 election will not be won by reclaiming old territory already lost to Democrats. Instead, the GOP should skip the suburbs and look to America’s cities, where they’ll find a bounty of potential voters.

In Philadelphia alone, decades of Democratic machine politics, followed by more recent progressive governance, have delivered limited services, poor public education, anemic economic growth, and increasing disorder. Conditions only worsened during this summer of rioting and unrest. City hall, along with the media, have largely dismissed Philadelphia’s dramatic rise in violent crime. City voters of all backgrounds live with the consequences—and many don’t like what they’re seeing.

A number of these voters may warm to a GOP willing to engage and offer real solutions. In fact, Philadelphia is dotted with untapped neighborhoods of swing voters. They’re waiting for candidates who understand their concerns.

Northeast Philadelphia, for example, features a large segment of working-class whites who, in many ways, have more in common with voters in the state’s Rust Belt cities than they do with fellow residents in tony Center City or upmarket, progressive Mount Airy. Last year, National Journal reporter Alex Clearfield identified the northeast as “Pennsylvania’s forgotten battleground,” along with a portion of the suburbs just above it. It’s “a 350,000-person region . . . that, like many other majority white-working-class areas, [has] swung sharply toward Trump,” he wrote.

Northeast Philadelphia’s voters are more Catholic and socially conservative than much of the region. They even elected Philadelphia’s only Republican state representative, Martina White, now serving her third term in office. The areas that border White’s district — ancestrally Democratic, but trending Republican in local elections — are ripe for GOP pickups for state and local office. This neighborhood trends Republican while Democrats flip the wealthier suburbs of Philadelphia’s collar counties.

Just ask the northeast’s voters about Philadelphia Mayor Jim Kenney, District Attorney Larry Krasner, or Police Commissioner Danielle Outlaw, and you will hear scoffs. The neighborhood is home to many police officers, union workers, and small business owners. They’re disgusted with Democratic leaders who focus on identity politics, contribute to service problems like lagging trash pick-up, and sanction or ignore the widespread looting that devastated the city. In short, they’re fed up.

But it’s not just in white neighborhoods where Republicans can pick up votes. The poorest big city in America, Philadelphia is a plurality-black metropolis whose residents have been left behind by a Democratic Party no longer steered by old school, union politics, which, for all its faults, still focused on jobs. Modern Democrats are beholden to a cadre of wealthy and progressive Twitter activists more motivated by tearing down statues and “deconstructing gender” than delivering jobs and better schools.

Most black residents of Philadelphia’s neighborhoods don’t share the views of woke whites, either. They don’t want to “defund the police.” They see how sloganeering has helped turn many city neighborhoods into shooting galleries. This year, Philadelphia’s murder rate has increased by double digits.

While Joe Biden, the Democratic presidential nominee, presents a veneer of moderation, the party behind him—and its left flank—is leading a revolutionary march in America’s urban centers. But Democrats are ignoring a significant portion of their historic base: relatively moderate minorities. On numerous issues—school choice, economic empowerment, public safety—the GOP has a compelling message for them. But Republicans must have faith in this opportunity and commit to an outreach effort.

In this pandemic era, deploying such a message to new territory isn’t easy. After all, Democrats have run Philadelphia since 1951, when Joseph Clarke—former mayor and then U.S. senator—broke the city’s long-time Republican machine. Since then, Republicans have focused on the suburbs; the city’s voters haven’t heard from the party for generations. But in today’s Greater Philadelphia, finding votes in the city could prove easier than clawing them back in suburban counties.

Combine national trends with local issues, and Republican candidates up and down the ballot could flip more voters. In fact, increasing the GOP top-of-the-ticket’s vote share by just 2% in Philadelphia would earn 13,000 more votes statewide—more than one-third of Trump’s statewide winning margin in 2016.

Such a strategy can expand beyond Philadelphia and into other cities, where disengaged and disaffected voters know that Democrats have lost them, though they haven’t yet found an alternative. An effective search for voters in urban pockets could make winning the Electoral College, as well as Congress, more achievable for Republicans in the future.

Will the GOP look to these city neighborhoods? Philadelphia’s voters wait for alternatives to the status quo.

Albert Eisenberg, a millennial political consultant in Philadelphia, is a founder of Broad + Liberty. Follow him on Twitter at @Albydelphia.