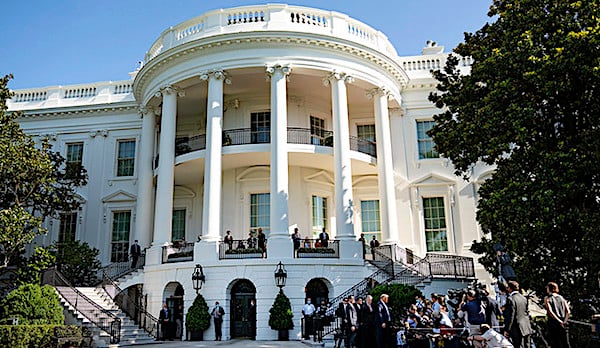 Citing national security concerns, President Trump late Thursday issued executive orders that would ban the social-media apps TikTok and WeChat from operating in the United States if they aren't sold within 45 days by their Chinese parent companies.

The White House sent a letter to the speaker of the House and president of the Senate explaining the move under the International Emergency Economic Powers Act.

"The spread in the United States of mobile applications developed and owned by companies in the People’s Republic of China (China) continues to threaten the national security, foreign policy, and economy of the United States," the president said in his letter.

Trump said the companies obtain "vast swaths of information" about Americans through their software programs, which gives the Chinese Communist Party "access to Americans' personal and proprietary information."

The president said in the executive order regarding TikTok that "action must be taken to address the threat."

He noted TikTok reportedly has been downloaded some 175 million times in the U.S. and more than 1 billion times globally.

The app records "internet and other network activity information such as location data and browsing and search histories."

"This data collection threatens to allow the Chinese Communist Party access to Americans' personal and proprietary information – potentially allowing China to track the locations of federal employees and contractors, build dossiers of personal information for blackmail, and conduct corporate espionage," the order states.

The mobile application "may also be used for disinformation campaigns that benefit the Chinese Communist Party, such as when TikTok videos spread debunked conspiracy theories about the origins of the 2019 novel coronavirus."

"These risks are real. The Department of Homeland Security, Transportation Security Administration, and the United States Armed Forces have already banned the use of TikTok on federal government phones. The government of India recently banned the use of TikTok and other Chinese mobile applications throughout the country; in a statement, India's Ministry of Electronics and Information Technology asserted that they were 'stealing and surreptitiously transmitting users' data in an unauthorized manner to servers which have locations outside India,'" the order says.