As the 2020 elections draw closer, all eyes are on the main contest between President Donald Trump and former Vice President Joe Biden.

Battles between the two titans have raged on network television, social media and in-person interviews. Now, it looks like Trump has rolled out a new theater for this political war on his very own campaign website.

The newest attack against Biden is simple yet brutal and addresses concerns many Americans have about the former vice president's seemingly deteriorating mental condition.

It's not tough to access this jab against Biden, which can be found on Trump's own campaign website with a few simple steps.

First, you need to enter donaldjtrump.com in your URL bar. After the address, add a forward slash, type some nonsense (remember, no spaces!) and hit enter.

If done correctly, you should be whisked to a 404 error page with a hilarious roast of Biden.

Pictured below, the redirect leads users to an image of the apparently lost former vice president with a simple message: "It appears you are as lost as me." 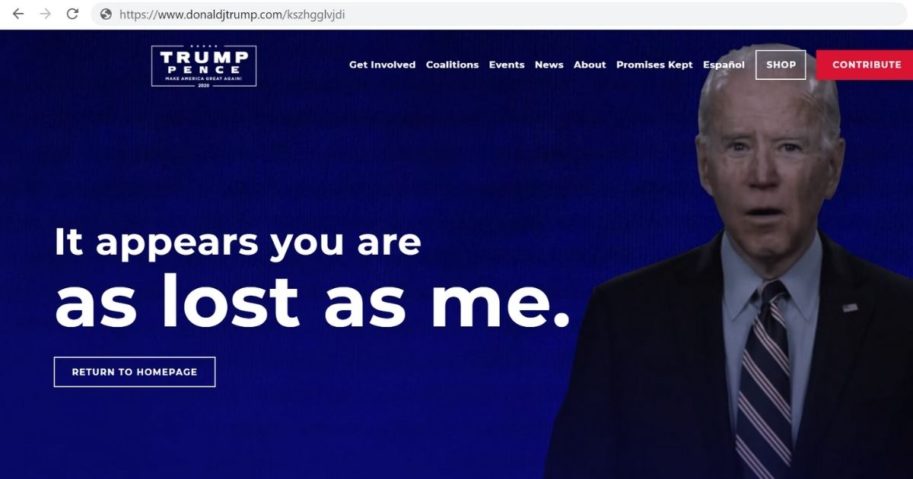 The jab hits at a major problem many voters have with Biden.

While the former vice president was sharp and eloquent earlier in his career, it appears the years have worn down that trait. Now, even strategists in the Democratic Party are expressing concern over his mental state.

Of course, Trump's opponent has his own version of this hilarious webpage.

Like everything Biden appears to be doing nowadays, however, the page only sends an uninspired message while shamelessly shilling the candidate's own face masks.

To access this, follow the same steps from the Trump website on the Biden campaign's own website, joebiden.com. After adding gibberish and attempting to enter the page, you will be sent to an error page recommending you wear a mask. 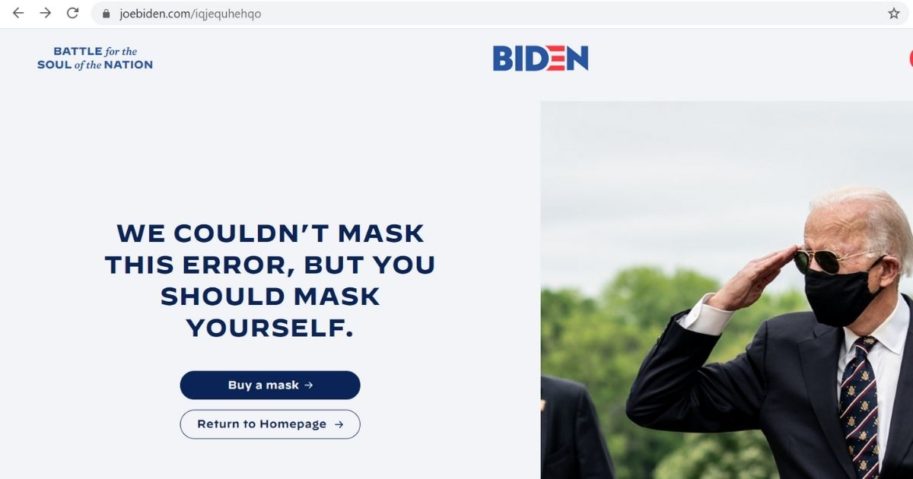 As ongoing protests rock American cities and China rises to challenge United States supremacy, this election is shaping up to be one of the most important in history.

With only three months to go before citizens cast their votes, this political contest is virtually guaranteed to become more heated by the day.

While some polls are now giving Trump an edge in 2020, the president still going to have a fight on his hands to keep his seat in the White House.