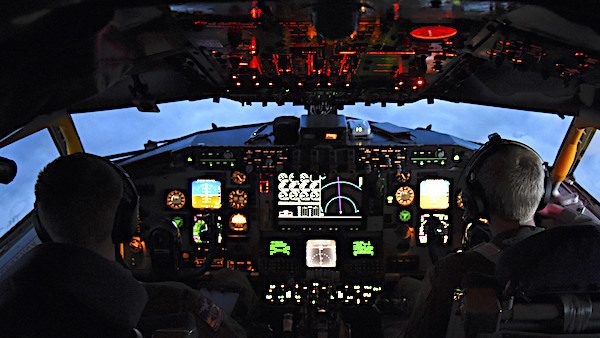 Things soon could get worse for the United States internationally, with a warning that China could initiate military action in line with its practice of attacking in "self-defense."

The suggestion comes from Lawrence Franklin, the onetime Iran desk officer for Secretary of Defense Donald Rumsfeld, in a column at the Gatestone Institute.

Franklin noted Chinese military journalists have gone public with their recommendation that the People's Liberation Army prepare immediately for an attack from U.S. forces in the South China Sea.

In fact, at the Think China site, Yu Zeyuan declared, "Academics say that China should stand ready to defend attacks on its reefs."

He said China-U.S. relations is "on a downward spiral and the U.S. gearing up for battle."

The article said academics think China should station fighter jets on airbases in the Spratly Islands.

One claim was that "it looks very likely that the Trump administration may make an unexpected move and suddenly decide to initiate a military conflict with China in the South China Sea by November."

The report said another Chinese military academic, Chen Hu, "also wrote on 24 July that with two U.S. aircraft carriers loitering in the Indo-Pacific, bombers stationed in Guam, and surveillance planes conducting frequent runs around China, the intention of the U.S. is no longer a show of strength through training, but more of preparing for battle."

In fact, the U.S. has carriers in the region because of China's expansion of territory irrespective of international norm.

Franklin said that if such ideas "gain traction," U.S. military commanders in the South China Sea "should plan for the possibility that China might initiate hostilities in keeping with its doctrine of preemptive retaliation, a seeming attempt falsely to claim 'self-defense.'"

Franklin wrote: "The leaders of China's Communist Party (CCP) also see that nothing was done by anyone, including the U.S., to stop China's grab of Hong Kong this year -- 27 years early. This paralysis of the West must have looked to the CCP like a green light to keep on grabbing."

He noted that Chinese writer Zheng Hao, "who assesses that it is possible that U.S.-Chinese tensions in the South China Sea could escalate into a 'hot war,' cites U.S. Secretary of State Mike Pompeo's July 13 statement that the South China Sea is 'not China's maritime empire' as indicative of the Trump administration's hostile intent. Zheng appears to be especially concerned about the July 7 U.S.-Japan naval exercise, which included an operation by the U.S. aircraft carrier Ronald Reagan and two warships of the Japanese Maritime Defense Forces. Zheng laments that the 2018 draft of the Code of Conduct in the South China Sea has not yet been signed by the Association of South East Asian Nations (ASEAN) and China."

Franklin suggested a way to avoid a clash is for the two nations to use a crisis prevention plan that was adopted in 2014, which includes notification requirements and "rules of behavior" intended to keep air or naval encounters non-violent.

"So far, there is no public acknowledgement that either China or the U.S. is employing the crisis prevention mechanism," Franklin said. "One recent sign of efforts by both sides to avoid a military incident was the Pentagon's August 7 announcement that U.S. Secretary of Defense Mark Esper and his Chinese counterpart, Minister of Defense Wei Fenghe, held a 90-minute teleconference last week."

Among the incidents: China's appropriation of Hong Kong, an attack on northern India, an extensive military base build-up in the South China Sea, an attempted appropriation of the Japan-administered Senkaku Islands and a 'fishing fleet' of 250 vessels showing up near the Galapagos Islands, off Ecuador.