When Los Angeles County officials were blocked by a judge from shutting down worship at John MacArthur's Grace Community Church, they struck back.

The county issued a notice to the church that it was canceling a 45-year-old lease to use a small portion of county land for parking.

"This is harassment, abusive and unconscionable," said Jenna Ellis, a lawyer with the Thomas More Society who is representing the church.

"Los Angeles County is retaliating against Grace Community Church for simply exercising their constitutionally protected right to hold church and challenging an unreasonable, unlawful healthy order," she said in a statement reported by the Gateway Pundit.

Ellis said that in America, "we have a judicial system to ensure that the executive branch does not abuse its power, and Grace Community Church has every right to be heard without fear of reprisal."

The Democrats' "message to Americans is clear," she said, "if you do not bow to every whim of tyranny, government will come after you."

"The church has peacefully held this lease for 45 years and the only reason the county is attempting eviction is because John MacArthur stood up to their unconstitutional power grab," said Ellis.

The church argues that state, county and city officials, in violation of the First Amendent, have prevented churches from meeting due to the coronavirus while allowing similar gatherings, including protests, to continue.

MacArthur has explained that God commands for his people to come together in worship. 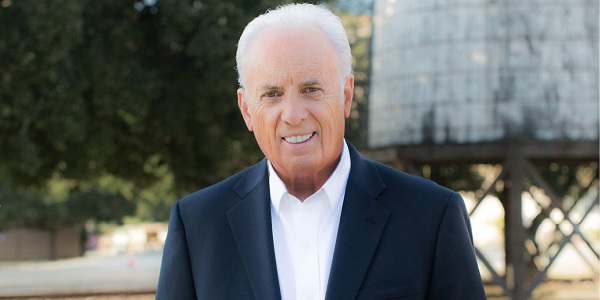 The county, in a letter delivered over the weekend, ordered the church to vacate the county property because the lease will end Oct. 1.

"If Grace fails to vacate the premise as required, the district may enter the premises and remove Grace's personal property in accordance with the agreement and applicable law, and Grace will be responsible for any resultant expenses incurred," the county stated.