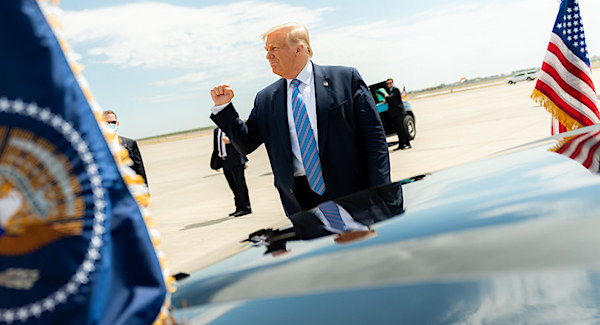 Officials at Stockton University in New Jersey have withdrawn the remaining misconduct charge against a student who used an image of President Trump in the background of his computers screen for a class Zoom meeting.

As WND reported, the university previously dropped five of its six charges against doctoral student Robert Dailyda related to his Zoom background, which, an incident report said, caused students to feel "offended, disrespected, and taunted."

The remaining charge centered on a related Facebook post in which he wrote,  "I’m ready to fight to the death for our country and against those that want to take it down." The university had said some students found the statement to be "threatening."

But now that charge also has been dropped, according to the Foundation for Individual Rights in Education, or FIRE, which had confronted the university's actions on First Amendment grounds.

"Stockton finally did the right thing — but it shouldn’t take action from FIRE and negative publicity to get a public institution to uphold students' First Amendment rights," said Zach Greenberg, the author of FIRE's letters to the university.

Dailyda said in a statement released by FIRE that he appreciated Stockton  "coming to realize that they overreacted to my actions."

"However, I am appalled that it required me to take the steps to enlist FIRE to assist me in overcoming these unjust charges," he said. "I remain concerned that there are others who reached out to me in this process who don’t have the wherewithal to push back in their own cases. I am hopeful that positive change will result from this case."

He also had written on Facebook that he'd had enough of "the leftist agenda of BLM and the white self-haters."

FIRE had warned the university's president in a letter that its charges and possible punishment of Dailyda could violate the First Amendment.