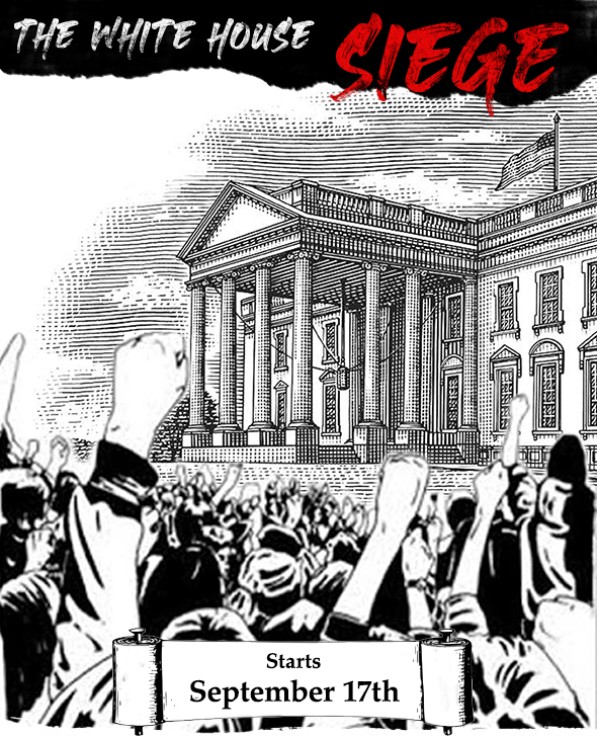 The activist group behind the Occupy Wall Street protest nine years ago, Adbusters, is planning a 50-day "White House Siege" next month.

"Drawing wind from #MeToo, #BLM, #ExtinctionRebellion and protests against Trump’s lethal bungling of coronavirus, we’ll inspire a global movement of systemic change — a Global Spring — a cultural heave towards a new world order, the activists say in a "Tactical Briefing" posted by Adbusters magazine.

The Adbusters Media Foundation is a Canadian-based anti-capitalist, enviromentalist group founded in 1989. Adbusters prompted the "occupation" of Wall Street in 2011 saying that had "one simple demand — a presidential commission to separate money from politics" that would "start setting the agenda for a new America."

The activists say the launch date of the "seige," Sept. 17, is the Occupy anniversary, making it "the perfect day to trigger another global big-bang moment — a massive collective action of the sweetest kind of disobedience."

They complain that in the nine years since Occupy Wall Street -- more than five of which were under Democratic President Barack Obama — "the shadows have only grown longer."

"Inequality has soared. Not a single Wall Street CEO spent a night in jail for his role in the 2008 financial meltdown. Politicians and corporate criminals continue to savage the public trust with impunity," the write. "And all the while, this howling void of a president, his sins too many to name, sits smugly atop a corona death-toll that may surpass two-hundred thousand Americans by Christmas."

They're hoping that "tens of thousands of our fellow citizens will stream into Lafayette Square, in Washington. D.C."

"We will lay siege to the White House. And we will sustain it for exactly fifty days," they vow. "This is the #WhiteHouseSiege."

Their "one demand" is "to collaborate with you — brainstorm tactics with you — spark a revolution with you."

"We need your voice of wisdom and expertise to pull off a radically democratic toneshift in our politics."

In 2011, the Occupy Wall Street protesters were forced out of New York City's Zuccotti Park after nearly two months. The protesters then turned to occupying banks, corporate headquarters, board meetings, foreclosed homes, and college and university campuses.