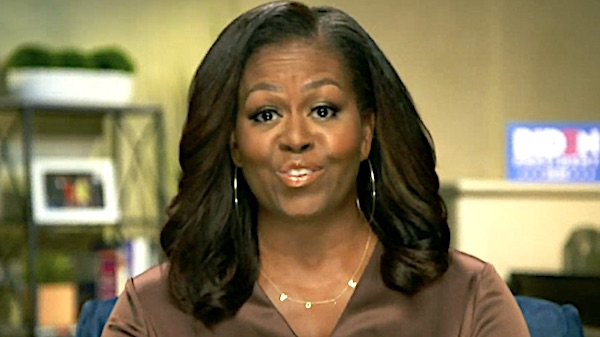 Democratic leaders such as Michelle Obama, Andrew Cuomo and Bernie Sanders continue to get away with proposing harmful and unrealistic policies because they're "never subject to the consequences of their ideologies," contends historian and Hoover Institution scholar Victor Davis Hanson.

"It's easy for Bernie Sanders to say he's for [releasing crime suspects on] no bail, because he has three homes. ... People aren't going to show up, criminals hijack him, when he walks out of his lakeside estate," he said Tuesday in an interview with Fox News' Tucker Carlson after the first night of the virtual Democratic National Convention.

In her keynote speech, Hanson noted, Michelle Obama claimed black lives were "being indiscriminately almost daily being killed on the street." And, New York Gov. Andrew Cuomo, "with the worst record about the virus and then bragging as if it's the best."

They get away with that, he said, because there "is no media as we used to know it."

Hanson said Michelle Obama knows there were more than 100 people killed in one month alone in her hometown of Chicago.

Hanson said it's "very easy to say something from your Washington or Martha's Vineyard estate ... $20 million in estate and mansions, because you're never going to be subject to the ramifications."

"Black Lives Matter is not going to show up outside of her mansion. And there's not going to be an inner-city shooting match right outside Martha's Vineyard," he said on "Tucker Carlson Tonight."

Hanson noted the irony of Michelle Obama's catch phrase, "We go high and they go low."

At the moment, the Justice Department is conducting a criminal investigation of allegations that her husband’s administration "weaponized" the FBI, DOJ and CIA.

"It will probably end up, if things happen as many predict, as one of the most corrupt administrations, that tried to destroy a political campaign, a presidential transition and a presidency," Hanson said.

"And she's saying they go low and she goes high?"