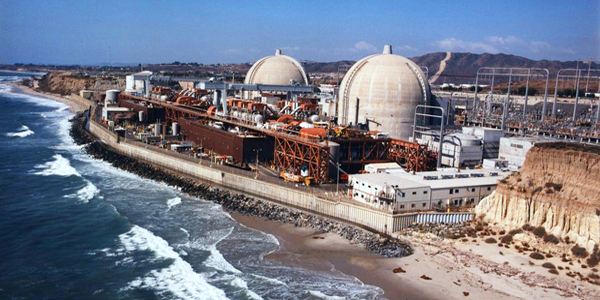 As millions of young people graduate around the nation, it is natural that they consider their next steps, especially in these times of extraordinary economic hardship and uncertainty. Generations of high school graduates have been wrongly led to believe that in order to obtain high wage employment, the only options is a four-year degree at a traditional college or university.

However, this pathway is not for everyone and it is certainly not the only way to financial prosperity. This type of thinking represents a one-size fits all solution that won’t actually provide more economic opportunity for Americans or boost our economy. What America needs is a renewed focus on skilled labor and the nuclear energy industry is well equipped to bring skilled technical labor back to our communities. Many technical colleges around the country already have the types of programs needed to train qualified technicians who serve as the backbone of one of our nation’s most critical industries.

Nuclear power accounts for 20% of our nation’s energy production and 55% of all carbon-free energy in the United States and as long as we remain committed to boosting our nuclear energy industry those numbers should only continue to grow.

In 2010, The New York Times profiled a nuclear power technician from Miami. Esperanza Lapaix, whose family emigrated from Cuba when she was a young child was able to buy a home with a husband and is,”[T]he first member of her family to own a house and have ‘a reliable, great-paying job,’” A story like Esperanza’s is the classic tale of the American Dream that was possible through the nuclear energy industry.

The average nuclear power plant employs between 500 and 1,000 workers, creating about $40 million in labor income each year. In addition to engineers and reactor operators, a plant’s workforce includes welders, pipefitters, masons, carpenters, and electricians – all positions that do not require four-year college degrees. Moreover, the construction of a nuclear plant can create several thousands of jobs during peak construction, primarily for craft laborers. These types of laborers are in demand all over the country and the nuclear industry is willing to pay for them; nuclear plant worker salaries are on average 20% higher than those of other electricity sources.

Unfortunately, in recent years America has not prioritized the development of our nuclear industry. America currently has 98 nuclear reactors operating in the U.S., with the average reactor being about 38 years old, and there are only two new reactors under construction. Compare this to China, which has recently begun to place an increased focus on its own nuclear energy industry. China has 12 nuclear reactors currently under construction and the Chinese Communist Party’s five-year energy plan outlines ambitious targets for its nuclear sector. According to a report by the Center for Strategic and International Studies, “China added the most nuclear power capacity in the world during the last decade, strongly aided by government promotion of nuclear power.”

The high paying “blue collar” positions associated with the nuclear energy industry are more than just “jobs”. Before companies began to outsource more and more American manufacturing jobs, high wage skilled work was abundant and its impact was felt. According to a 2018 study, the proportion of less-educated workers who are able to secure high-paying jobs has declined dramatically over the past 50 years. The same study also found that the, “socioeconomic outcomes in terms of marriage, employment, crime, and health have deteriorated.” Nuclear energy can not only provide our nation with clean and reliable energy, but may provide a new path forward for Americans to obtain the economic opportunities enjoyed by previous generations that are so critical to our nation’s success in the 21st century.

As China continues to rise as the U.S.’s top economic rival in the 21st century, nuclear energy, and nuclear power will be a large part of this rivalry. It is critical that the United States continues to support our own nuclear energy industry to ensure that the backbone of our economy, the American worker, is able to soar once again.

Rep. Chuck Fleischmann's (R-TN 3rd District) district is based in Chattanooga and includes a large swath of East Tennessee, including Oak Ridge.