Sen. Rand Paul recently opined that when the American way is applied to the current COVID-19 situation, persuasion, not illegitimate mandates, are the key to effective governance. Sen. Paul argues that Americans, when persuaded with facts as opposed to screeched at with irrational hysterics and threats, generally do the right things in times of crisis.

I wholeheartedly agree with the senator, and for masks in particular believe that as long as no two-bit, self-righteous, science illiterate, Constitution-hating radical leftist politician is threatening us with fines and jail time, we can be persuaded with rational facts presented by rational people. So, I'm here to help persuade. 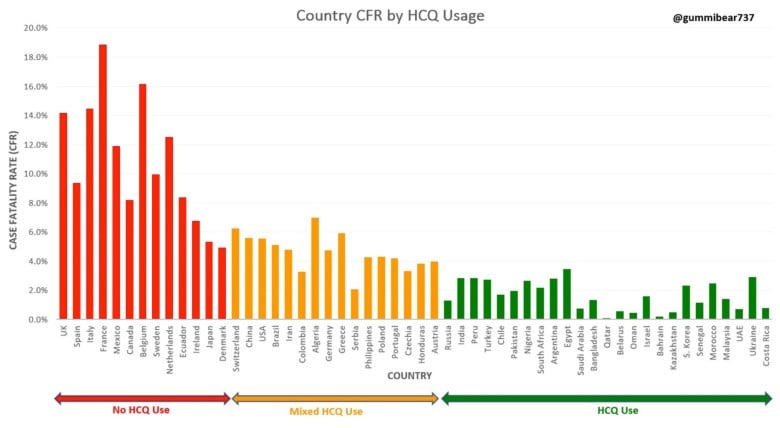 I'm also persuaded that masks have tangible benefit. You might be asking, "How can that be with all of the conflicting information?" Some say masks work, and many of those making that claim appear to have radical political agendas. Others claim that masks do not protect you in the least, maintaining that the typical cloth mask is no more effective at stopping virus particles than a chain link fence is at stopping a handful of sand tossed at it.

So, who's right? As it turns out, both rationales for supporting the respective positions on mask usage have merit. When we take a close look at the mechanics of how masks work and recall how the virus is transmitted, it all becomes clear.

Before we get started, let's review some background information. Researchers Papineni & Rosenthal (1997) concluded that the preponderance of droplets exhaled by humans are 1 micron or smaller in size, and more current research concurs. The SARS-Cov-2 virus particle is one-tenth that size at about .1 micron. Research also shows that most exhaled viruses are "hitching a ride" with droplets under 1 micron is size. These droplets are subject to rapid evaporation, resulting in airborne virus particles along with a small residue of electrolytes.

First let's examine how the typical mask may or may not protect the wearer. Mask construction ranges anywhere from single-layer cloths to surgical grade N95 wonders. And, as is usually the case, you get what you pay for.

For single-layer cloth masks, open source experiments reveal that filtration efficiency for .3 micron particles ranges from a dismal 1.6% to 19% for fabrics a person could at least attempt to breathe through. And since the SARS-Cov-2 virus is only one third as large, we can see that the metaphor "like throwing sand at a chain-link fence" is an accurate description as far as stopping individual virus particles goes. But since the data also show that the effectiveness of those materials is much better at arresting 1-micron size droplets that humans exhale so many of, at least some protection is offered to the wearer in a person to person interaction scenario.

It turns out that the highly visible leaders in the medical community claiming that even single-layer masks are helpful at slowing the spread of the disease are correct, Russian Roulette in nature as that protection may be. But probably the more important aspect of simple cloth masks is their ability to help protect those around the mask wearer. A mask of any material serves as a mechanical baffle to arrest and disperse the exhaled respiratory droplets. The following photos illustrate the effectiveness of the baffle effect in conjunction with imperfect filtering: 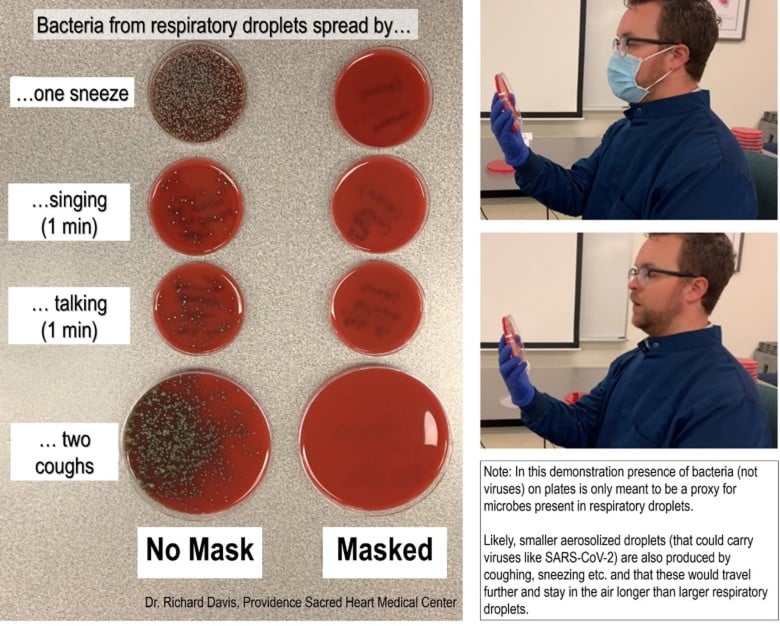 This experiment, by Dr. Richard Davis of Providence Sacred Heart Medical Center, used culture dishes to grow exhaled bacteria both with a baffling mask and without. We can see that the baffled dish has several orders of magnitude less exposure, partially from the imperfect filtering effect and partially from the very effective baffle effect. We also see that the mask used is higher-grade as opposed to a simple cloth mask, but the results would be similar though not as clean, on the "masked" column.

Dr. Davis conducted a similar experiment to illustrate the effect at various distances: 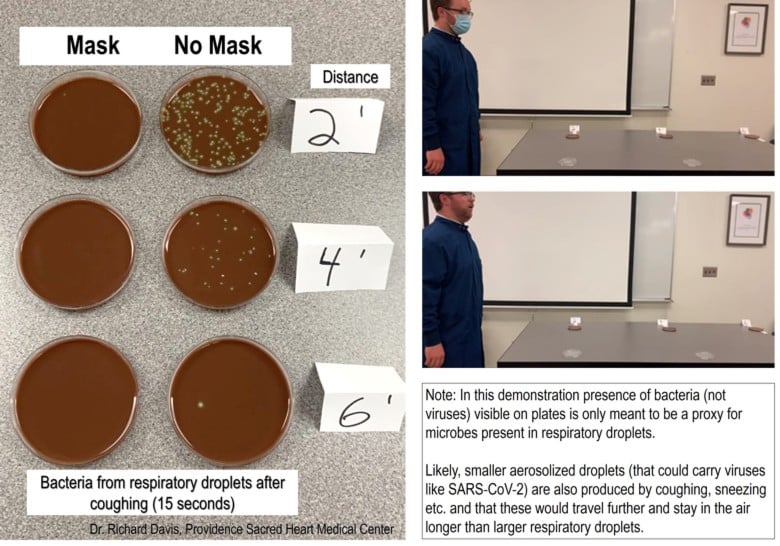 Couple imperfect filtering with imperfect baffling on both persons in an interaction plus a few feet of distance, and it becomes a much more favorable game of chance that enough virus particles would land in the sinuses, lungs or eyes to give one the disease. In my opinion, the odds are improved enough that I'm persuaded to try to help persuade others.

So yes, the COVID numbers are being cooked, and the evidence supports that contention. And no, the government does not have legitimate power to mandate masks or lockdowns in my opinion, and any reasonable reading of our Constitution supports that opinion. But the data show that even if we un-cook the numbers by a factor of 33%, we still have a tangible problem on our hands for older Americans.

Imperfect as "less than N95" cloth and paper masks are, the data show that our odds improve considerably when we choose to wear them in appropriate situations like person to person interactions. And I'm pragmatic enough to understand that lowering the COVID trend numbers helps the ticket I want to see get reelected in November.

I'm also pragmatic enough to understand that there are some who oppose my choice of ticket that are not above actively doing things to try to make the COVID numbers trend higher. People are rioting across the nation with political cover from radical politicians and their MSM propaganda mouthpieces; and are doing so for more than one reason. Rising COVID Matters to these clowns.

So, for me and my household, when it comes to the mask issue, we buy into Sen. Paul's appeal for the American way of persuasion as opposed to illegitimate power grabs. And we understand the political ramifications of COVID trend numbers going into November. Perhaps you can be persuaded as well?