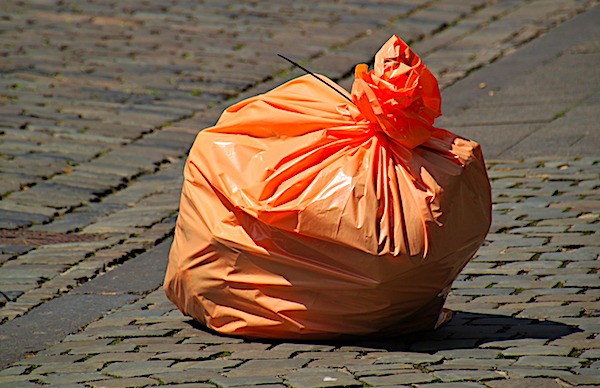 Ronald Reagan once summed up a common approach to government as follows: if it moves, regulate it; if it stops moving, subsidize it. For a recent example of this attitude in action, look no further than the case of plastics.

Plastic has become a high-profile environmental issue in the last few years. We’ve all probably read about the islands of discarded plastics in the ocean or seen photos of dead birds with stomachs full of the stuff. In response, various localities have sought to ban commonly used plastic items, such as straws. The results have been haphazard. For instance, a waitress once told me that they no longer had straws as she handed me a set of plastic utensils along with my cheeseburger. The plastic bans tended to focus not on major sources of plastic pollution (which mostly occur overseas), but on symbolic inconveniences to daily life.

Now, however, we are seeing the other side of President Reagan’s quip. Last November, the RECOVER Act was introduced in Congress. The RECOVER Act would give $500 million over five years to states and localities for “recycling infrastructure” and to promote recycling programs. In April, a coalition of plastic and other industry companies and groups sent a letter to Democrat and Republican leaders in the House of Representatives, asking that the RECOVER Act be included as part of “any infrastructure package Congress considers either in response to the COVID-19 pandemic or separately.” Citing concerns over state and local fiscal constraints due to the pandemic, the coalition also asks that the original amount be doubled to one billion. Even before the pandemic, the expense of recycling programs led some localities to consider cutbacks.

Instead of using the blunt tools of bans or more government cash, we should focus on how to make the market for recycling work better. This might begin by recognizing that while recycling programs often lump all types of recycled materials together, the economics of recycling such materials varies wildly. The costs and environmental benefits associated with the recycling process itself also differ by product, even at the same facility. While some materials like aluminum cans are capable of being recycled over and over again, others such as plastics can effectively only be reused once or twice. Communicating this to consumers is huge; recent research shows that informing people what their waste turns into makes people more likely to recycle.

The prices of recycled materials also differ substantially. Based on a recent two year average, recycled aluminum can fetch over $1300 a ton, whereas for plastic it is only around $300 a ton. As a result, while aluminum cans represent only three percent of the total recyclable waste produced by the average single family home by weight, a recent study found that aluminum can add up to nearly half of the revenues generated from such homes if such materials were recycled. This means that for many recycling programs, some materials may be more than paying for themselves and effectively subsidize other less marketable materials. It also means that new subsidies for less economical forms of recycling distort the price signals that encourage markets to substitute more efficient raw materials for less efficient ones.

Economists have long stressed the role that prices play in conveying information. When there is a greater demand for a given thing, that will be reflected in a higher price and will encourage people to direct more of it to match the demand. Current recycling programs can often blunt the price signals so that individuals may not understand the value of what they are throwing away. Instead of throwing more money at the problem, localities should work to make their programs more cost effective, better communicate the value of recycling different products and stay focused on their environmental goals.

Josiah Neeley is a resident senior fellow for energy at the R Street Institute.