Retirement is supposed to be a time of relaxation and focusing on the joys of life that make it worth living. That's difficult to do if your area doesn't offer many interesting opportunities or the taxes are particularly high.

To that end, WalletHub has compiled a 2020 list ranking 182 U.S. cities based on things to do, elderly friendliness, taxes and property crime rates. The top five probably won't surprise you.

It's no surprise that a city in Florida has been ranked as one of the top places to retire, as it has long been heralded as a mecca for retirees.

This city ranked right after Orlando in the category of "activities" is slightly less affordable, but boasts a higher quality of life according to WalletHub metrics.

Charleston ranks higher in "health care" than Tampa, with only a slightly lower activities rating.

Perhaps no surprise, Miami offers the most activities of all top five cities.

This Florida city has the highest health care ranking of the five, but is also the least affordable.

Scroll over the cities below to see where they ranked on the list.

It's all well and good to know where you might consider heading in a perfect world, but if you currently reside in one of the following -- the five worst places to retire out of 182 cities -- you might want to consider making a move, too.

Obviously, many cities in California will fail in the "affordability" ranking, but San Bernardino comes in at 175 out of 182 for both activities and quality of life.

Even more expensive than San Bernardino, and still not offering much in the way of activities or healthcare.

While Bridgeport doesn't have much going for it retirement-wise (especially coming in at number 180 out of 182 for affordability), it has better health care options than the other bottom five.

This California city falls 179 out of 182 in activities.

While offering a good number of activities, Newark fails in the affordability and quality of life categories, ranking in the 170s.

Not everyone has the luxury of moving to a new place for retirement, and there are plenty of other factors that come into play -- like proximity to immediate family and life-long friends -- but this is valuable information based on general concerns.

A full ranking and more information can be found on WalletHub's website.

Do you live in any of these cities? Do you agree or disagree with their assessment?

Amanda Thomason, The Western Journal
Restaurant tapes sign to front door: Proof of being unvaccinated required for entry
Simone Biles speaks out after pulling out of Olympic competition: 'Physically, I feel good'
Poll: Not even a majority of Dems support far-left push to include men in women's sports
Former Dem Senator Barbara Boxer attacked and robbed on California street
Cuomo: 'We have to' knock on doors, put people in cars and drive them to get COVID vaccine
See more... 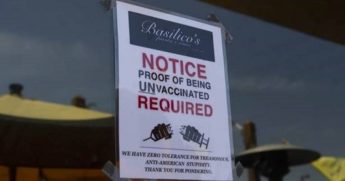