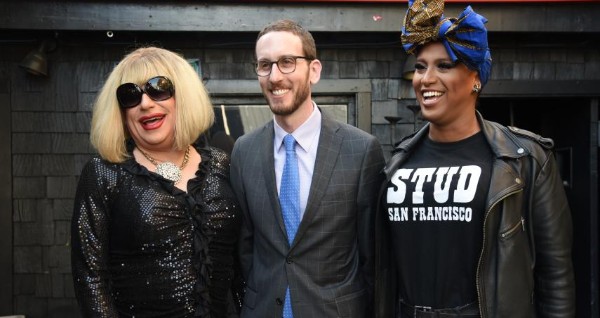 The objective is to end "blatant discrimination against young LGBT people engaged in consensual activity," according to its sponsor, Democratic state Sen. Scott Wiener, who is openly gay.

SB 145, passed by the state Senate on Monday, would allow a judge to decide whether or not the offender should be registered as a sex offender, Breitbart News reported.

Wiener claims the bill "is about treating everyone equally under the law."

"Discrimination against LGBT people is simply not the California way," he said, according to the San Francisco Examiner. "These laws were put in place during a more conservative and anti-LGBT time in California's history. They have ruined people's lives and made it harder for them to get jobs, secure housing and live productive lives. It is time we update these laws and treat everyone equally."

Under current law, judges can decide whether or not adults who have "penile-vaginal intercourse" with minors close to their age must register as a sex offender.

Wiener contends, the Examiner reported, the law targets LGBT individuals, because they do not engage in penile-vaginal intercourse.

"This is such horrific homophobia," he said. "It's irrational, and it ruins people's lives."

Turn down the sound

Before talk-radio host Rush Limbaugh discussed the bill on his nationally syndicated show Thursday, he had to warn listeners to turn down the volume if there were any children nearby.

After describing the bill in detail, he addressed the problem with regarding children as "willing" participants.

He predicted that "once this gets signed into law, that 10 years is gonna become 15 down the road, because, see, the way left operates, nothing is ever solved when they do legislation."

"It's just the beginning of the descent into even worse circumstance," he said.

Limbaugh argued the bill has implications for the presidential election, because "this is who we're up against."

"This is just one state where it will spread beyond the borders and boundaries of California at some point if it's not stopped," he said.

Wiener charged on Twitter that the bill "is the subject of a massive misinformation campaign by MAGA/QAnon," referring to Trump supporters and followers of QAnon, the online movement focused on "deep-state" conspiracies against the president.

The California Democrat urged his followers on Twitter to read an Associated Press "fact check" story about his legislation with the headline "Bill Would Not Legalize Pedophilia in California."

The bill is the subject of a massive misinformation campaign by MAGA/QAnon.

Here are the facts per AP: https://t.co/SSdLH0rS3V

Then-Gov. Jerry Brown signed SB 239 in 2017, which lowered the penalty of exposing someone to HIV without their knowledge and consent from a felony to a misdemeanor. Wiener contended state laws had unfairly singled out HIV-positive people.

He co-authored SB 179, passed in 2018, which created a third, non-binary gender option on government documents.

In 2019 and 2020, Wiener attempted to pass a bill that would have restricted physicians' and parents' ability to decide to perform reconstructive genital surgery on intersex infants.  Instead, it would have required waiting until the child is old enough to decide whether or not to undergo surgery.