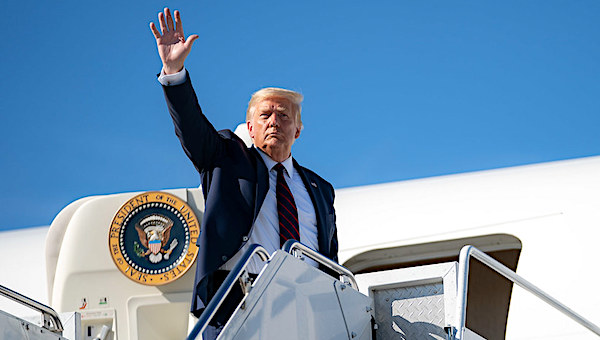 A Norwegian parliament member announced Friday he has nominated the governments of the United States, Kosovo and Serbia for the Nobel Peace Prize for securing a peace deal between the two former Balkan enemies.

Magnus Jacobsson tweeted that he nominated the three governments "for their joint work for peace and economic development, through the cooperation agreement signed in the White House."

"Trade and communications are important building blocks for peace," he wrote.

President Trump on Wednesday was nominated for the 2021 peace prize by another Norwegian lawmaker, Christian Tybring-Gjedde, for the recent peace agreement between the United Arab Emirates and Israel.

Meanwhile, on Friday, President Trump announced a peace agreement has been reached between Bahrain and Israel.

"I am very hopeful that there will be more (peace agreements) to follow," Trump said from the White House.

The former Serbian province of Kosovo had been negotiating with Serbia since 2011 on normalizing their ties. Serbia fought a war with separatist fighters in Kosovo in 1998-99 that ended after NATO conducted a 78-day airstrike campaign against Serbia.

The Serbia-Kosovo deal signed at the White House last week also calls for Belgrade to move its embassy in Israel to Jerusalem and for Muslim-majority Kosovo to recognize Israel.

I have nominated the US Gov. and the governments of Kosovo and Serbia for the Nobel Peace Prize for their joint work for peace and economic development, through the cooperation agreement signed in the White House. Trade and communications are important building blocks for peace. pic.twitter.com/XuhkLbHZAV

During his tenure President Trump: