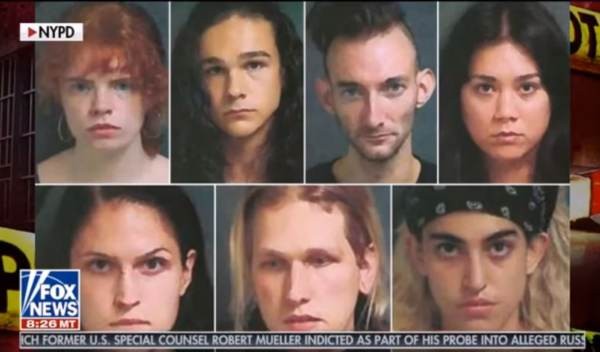 The New York Police Department's release this week of the mugshots and bios of seven Antifa-BLM rioters was revealing.

They were arrested smashing the windows of a small business in Manhattan.

Among them were Clara Kraebber, a student at Rice University, where the tuition is about $65,000 a year, while the median black household income is 41,511.

Frank Fuhrmeister is a 30-year-old ad man who, Ingraham said, who "owns a stately home in the Beacon Hill neighborhood."

Adi Sragovich is a student at the $72,000-a-year Sarah Lawrence College. After she lost her phone rioting, her mother quickly bought her a new one.

"Gotta make sure she can Instagram all the storefronts she's smashed," Ingraham quipped.

Claire Severine is a fashion model, and Etkar Surette used to summer in Europe.

Elliott Rucka is the son of famous comic book writers who both have TV deals.

"Do these sound like revolutionaries to you," Ingraham asked. "Or just privileged, poorly educated kids hellbent on punishing the rest of the country over this concept they learned of white guilt?"

Ingraham said it's clear "they didn't get this way on their own. They're the products of bad parenting, bad schooling and a poisonous ideology that has been propagated by the left for decades."