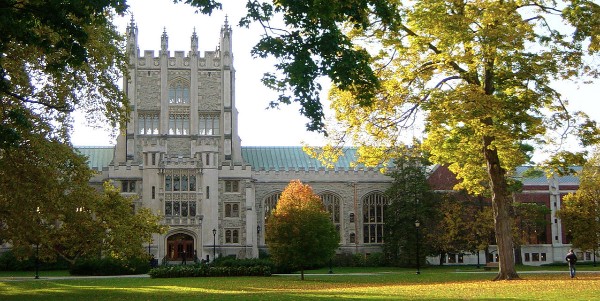 A sympathetic administrator at elite Vassar College agreed to put a pocket copy of the Constitution through a shredder after an undercover Project Veritas reporter posing as a student complained that its distribution on campus "triggered" her.

At Vassar, the undercover reporter tells Kelly Grab, Vassar's assistant director of equal opportunity, that she had a panic attack in reponse to the distribution of the Constitution by the Cato Institute and had been hiding in her room ever since.

Grab says the college "certainly wants to avoid" causing students harm. She asks the reporter what could be done to create an "educational moment."

The reporter suggests "maybe the Constitution should be removed from campus permanently."

Grab doesn't back that idea but asks if there was anything that could be done with the copy brought to the office.

"Honestly, can we just like destroy -- like is there a shredder or something? I think it might be really therapeutic to see that," the reporter asks.

"Did you want to do it with me?" Grab offers.

"Yeah, I could watch," the reporter replies.

Today we celebrate the document that changed the world as we know it.

Unless you're a professor at a progressive University that is...#ConstitutionDay #TBT pic.twitter.com/8pFTvulbtd

"Thank you, that made me feel better," the reporter says after the shredding.

Kozol suggests organizing a dialogue on campus on "the ways in which the Constitution in everyday life causes people pain."

The reporter says her objective is that the Constitution "not have such a central part here at Oberlin."

"I would like people to see how discriminating it is and how racist it is," the reporter says. "Do you think that’s a reasonable goal that we could get to?"

"Absolutely," Kozol says. "I think there are a lot of people who will immediately agree with you and join the conversation and think about ways to limit, confine, or talk back; maybe you just want to talk back to the Constitution."

Another Vassar administrator also agrees to put the Constitution through a shredder.

Colleen Cohen, faculty director of affirmative action and a professor of anthropology at Vassar, tells the reporter it's "horrible that this is something that has caused you such pain."

She laments that "unless the people are from off campus," the college can't do anything prevent the Constitution from being distributed.

"Can I destroy this?" Cohen asks the reporter. "Or did you want to hold on to it?"

"Well, could you destroy it?" the reporter says. "Maybe it will feel, you know, therapeutic for me."