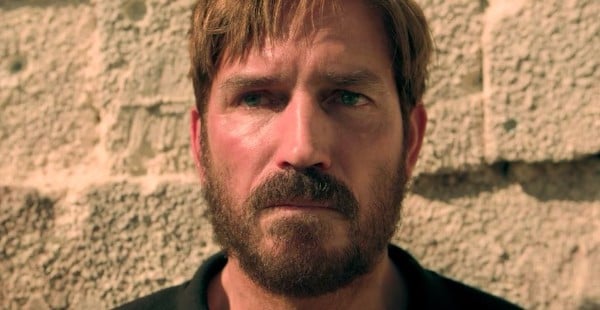 Actor Jim Caviezel, known for portraying Jesus in "The Passion of the Christ," is starring in a Middle East thriller about Christian persecution that he believes is particularly relevant at this moment.

"It's relevant because we have this thing called cancel culture, and if Christians don't watch [out], it will be canceling Christianity as well," he said in an interview Thursday night with Fox News' Shannon Bream.

The movie, opening Friday night in theaters, is "Infidel." It's a Middle East thriller in which Caviezel plays an American Christian who is kidnapped while attending a conference in Cairo and ends up in Iran facing spying charges.

In the interview Thursday, Caveziel chastised Christian leaders who say nothing about rioters defacing churches and tearing down statues, and allow their meetings to be shut down by coronavirus edicts.

"This is where the persecution starts," he said, when leaders don't stand up.

The movie's executive producer is Dinesh D'Souza, who is known for his political documentaries, and it's directed and written by Cyrus Nowrasteh.

Nowrasteh, who is of Iranian discent, is best known for directing the controversial ABC miniseries "The Path to 9/11." He teamed with Caviezel in the 2008 drama "The Stoning of Soraya M.," based on the true story of a woman who was falsely convicted of adultery in Iran and stoned to death.

In an interview with "Huckabee's Jukebox" on TBN, Mike Huckabee asked Caviezel if he's concerned about the backlash that will come from being in a film that "depicts radical Islam for what it really is."

"Do you worry that there's going to be such a backlash by people like 'the squad' and others who will say that you're just a bigot, you're a racist, you're some kind of horrible person because you're in this film?" Huckabee asked.

"Well then I'll just be in the big old pile of the rest of Americans, because, you know, we're all racists, are we now?" Caviezel replied.

"Once you scream wolf too many times, people aren't going to listen to you," he added. "And that's why our media has lost credibility."

Caviezel said he doen't "stick his finger in the wind like some politician."

"I was led by God Almighty to be here," he said of his acting career.

"I didn't think I would be doing what I am doing now, being on some screen playing representing people who are suffering for their faith," he said.

"But at some point God calls you. And he called me. And it was, '[You're] done with the boy days. Jim, I need you as a man now. That's your purpose.'"