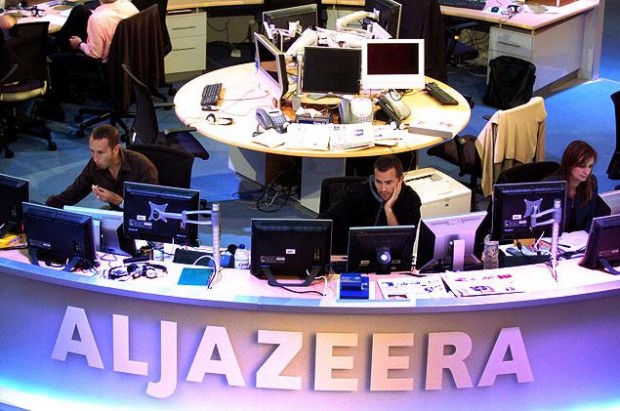 The Trump administration has designated a U.S-based affiliate of Al Jazeera to be a foreign agent of the government of Qatar, a move that will require the media outlet to register its activities with the Justice Department.

In a letter obtained by Mother Jones, a Justice Department national security official informed AJ+ that it will have to disclose its activities to the U.S. government under the Foreign Agents Registration Act (FARA).

AJ+ and Al Jazeera, which is based in Doha, operate “at the direction and control” of the Qatari government, Jay Bratt, the chief of the Justice Department’s counterintelligence and export control section, informed the outlets on Monday, according to Mother Jones.

“Despite assertions of editorial independence and freedom of expression, Al Jazeera Media Network and its affiliates are controlled and funded by the Government of Qatar,” Bratt said in his letter, which was also obtained by The New York Times.

Several Republican lawmakers have called on the Justice Department to require Al Jazeera and its affiliates to register under FARA because of their ties to the Qatari government.

“[O]ne can reasonably infer that Al Jazeera is a messaging tool for the Qatari government, and, on its behalf, has engaged in inherently political activities and sought to influence public opinion in the United States,” six Republican senators and two members of Congress wrote to Attorney General William Barr on June 18, 2019.

A spokesperson for Al Jazeera criticized the decision, telling Mother Jones that it was the result of an intense lobbying campaign financed by the United Arab Emirates.

“We are deeply disappointed by the Department’s decision, which runs counter to the extensive factual record we provided demonstrating that FARA registration is not applicable to AJ+,” the spokesperson told Mother Jones. “The legal structure, editorial structure, editorial policies, budgeting process and content of AJ+ clearly demonstrate its independence. We are reviewing the determination and considering our options.”

AJ+ has amassed a large following on social media sites like Facebook, where the outlet posts videos and articles typically with a progressive slant on U.S. politics. The site has posted pro-LGBTQ and pro-abortion content even though the Qatari government outlaws homosexuality and abortion.