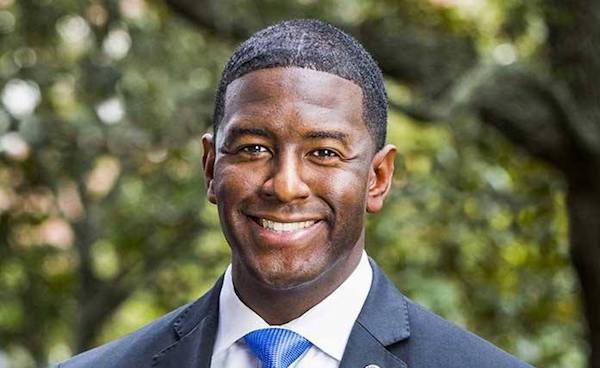 Andrew Gillum, the former Democratic candidate for governor of Florida caught in an "inebriated state" with another man in a Miami Beach hotel room, is now going public about his sexuality, saying he identifies as bisexual.

"To be very honest with you, when you didn't ask the question, you put it out there is whether or not I identify as gay. And the answer is I don't identify as gay, but I do identify as bisexual, and that is something that I have never shared publicly before," Gillum told Tamron Hall, CNN reported.

Gillum was not charged with any crime, but photos of the scene published by Britain's Daily Mail showed baggies apparently full of methamphetamine and empty alcohol bottles.

The Daily Mail has obtained photos from inside Andrew Gillum's hotel room where a gay male escort had an overdose. The images show bags of white powder, illegal drugs, an injectable medicine that causes erection & sheets/towels soiled with bodily fluids. https://t.co/6nb2IduqwC pic.twitter.com/YhMljg5FP0

"Everyone believes the absolute worst about that day. At this stage, I don't have anything else to have to conceal," Gillum said in the interview with Hall. "I literally got broken down to my most bare place, to the place where I wasn't even sure that I wanted to live. Not because of what I had done but because of everything that was being said about me."

"What was most hurtful was this belief that I was somehow living a lie in my marriage and in my family. That was the most hurtful to me. Because I believe we are all entitled to mistakes, and I believe we are entitled to those mistakes without having every other respectable and redeeming part of our lives invalidated," Gillum explained, noting that "something else had been assumed" about him based on the incident.

Gillum's announcement about being bisexual caught the attention of radio talk-show host Rush Limbaugh on Monday.

"This is résumé enhancement, pure and simple," Limbaugh said, adding it was intended "to deflect the negative aspects of getting caught."