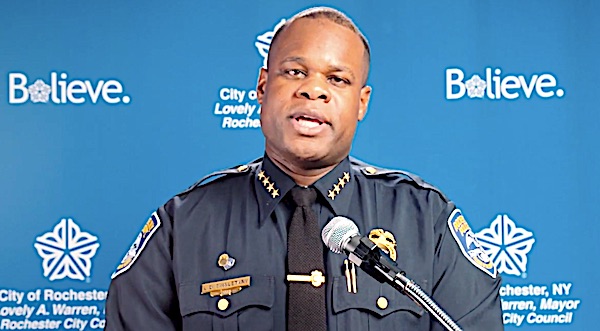 The Rochester, New York, police chief resigned Tuesday amid increasing scrutiny over his handling of the police-involved death of Daniel Prude.

La’Ron Singletary, who had held the position since April 2019, resigned along with Rochester Police Department Dep. Chief Joseph Morabito and Dep. Chief Simmons, according to a press release reported by NBC News.

Prude died in Rochester police custody in March after arresting officers had placed a spit hood over his head and restrained him, as video of the arrest shows.

He continued: “The mischaracterization and the politicization of the actions that I took after being informed of Mr. Prude’s death is not based on facts and is not what I stand for.”

Protests and riots have occurred in Rochester in recent days since police released footage of Prude’s arrest on Sept. 4.