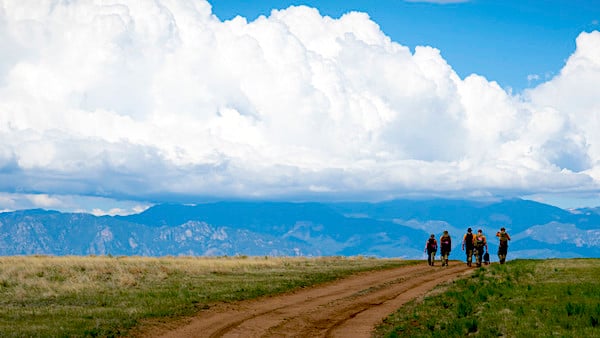 Amid one of the most intense political wars the U.S. has seen in decades, the Bible has specific advice for people of faith.

"When the righteous are in authority, the people rejoice: but when the wicked beareth rule, the people mourn," states Proverbs 29:2.

God also has a word for those who are unworthy of holding authority.

That's a sampling of the offerings of a website called Biblical Voter.

Under the heading "Where in the Bible does it say register to vote?" it cites Exodus 18:21: "Moreover you shall select from all the people able men, such as fear God, men of truth, hate covetousness; and place such over them to be rulers of thousands, rulers of hundreds, rules of fifties, and rules of tens."

The site has an entire section on biblical answers to today's questions that is derived from James Garlow's "Well Versed."

There's a section with links on how to register to vote. There are copies of state voter guides. There are side-by-side comparisons on the major party platforms and what they mean.

There are directions to polling locations.

There also are legals dos and don'ts for churches and pastors, explanations of the "Deep State" and communism, how to prevent voter fraud, congressional scorecards and details about primaries.

The resources come from Wall Builders, the Salt & Light Council and others.

Among the interesting findings from polls:

The website challenges the idea that voting is not essential because both choices are bad: "Should we not always desire less evil as opposed to more?"

Prayer, the site explains, is needed, based on 2nd Chronicles 7:14-15: "If my people, who are called by my name, will humble themselves and pray and seek my face and turn from their wicked ways, then I will hear from heaven, and I will forgive their sin and will heal their land."

But the ultimate outcome already is known: "God reigns over the nations; God sits on His holy throne," says Psalm 47:8. And Psalm 72:11 states, "Yes, all kings shall fall down before Him: All nations shall serve Him."

Deuteronomy 8:19-20 says: "Then it shall be, if you by any means forget the LORD your God, and follow other gods, and serve them and worship them, I testify against you this day that you shall surely perish … because you would not be obedient to the voice of the LORD your God."

George Washington had a comment on the subject: "It is the duty of nations to acknowledge the Providence of Almighty God, to obey His will."

It's all at Biblical Voter.