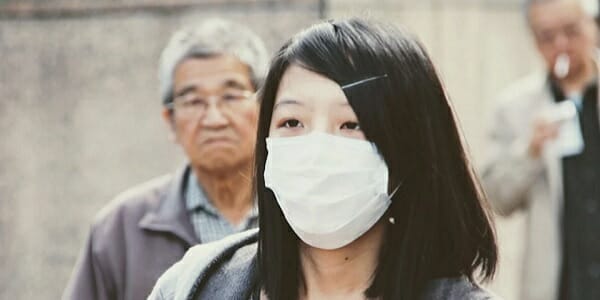 Joe Biden stands before a black backdrop in a dark room without any color, except for the American flag over his right shoulder, as the camera zooms in and then up as the broad-shouldered former vice president puts on a face mask and peers down at the audience with a look of stern resolve.

It is a seven-second silent film with an unmistakable hero narrative and a not-so-subtle appeal to patriotism. The accompanying caption: “Do your part. Wear a mask.”

The Centers for Disease Control has recommended as much since April. But in the months since, the cloth coverings that muffle voices and fog glasses and soak sweat and serve as a general annoyance have become a part of pandemic politics. With flu season upon us and the election around the corner, the question arises: would a President Biden be content to try and persuade the nation to follow his lead with public safety announcements, or would he use the government to compel the country to cover its face?

Biden and his campaign appear to say different things at different times.

He spent most of the summer calling for a national mask mandate, but then publicly questioned whether the federal government even had the authority to enforce such an order. Until recently, Biden had advocated for a federalist approach to nationwide mask mandates -- individual state orders implemented by governors. But in his most recent remarks, the Democratic nominee returned again to the idea of a federal mandate.

The president is right on at least one point: Biden did call for a national mask mandate, and he did it during the biggest speech of his political career.

“We’ll have a national mandate to wear a mask,” Biden said halfway through his speech at the Democratic National Convention in August, “not as a burden, but as a patriotic duty to protect one another.” It was, he said, part of the pandemic strategy that he would implement “on Day One.”

But a national mask mandate isn’t as simple as it sounds. Who would enforce such an order? Would it be a federal order or a patchwork of state requirements? A campaign aide familiar with the drafting process of that speech told RealClearPolitics that Biden was referring to “nationwide mask mandates to be put in place through governors enacting mandates in their states.”

The source pointed RCP to a plan that Biden had outlined “days earlier.”

“This is not about Democrat, Republican or independent. It’s about saving America’s lives,” Biden had said while his newly selected running mate, Sen. Kamala Harris, stood nearby. “So, let’s institute a mass mandate nationwide starting immediately, and we will save lives.” Moments earlier, the former vice president encouraged every American to wear a mask in public for at least the next three months and said that “every governor should mandate mandatory mask wearing.”

Biden’s dress code now matches his rhetoric, an argument usually made in the standard-issue politician blue suit and always with a sleek black mask either over his face or dangling from his ear or visibly clasped in his hand. In practice, it’s largely symbolic. Hardly anyone gets close enough to the 77-year-old elder statesman to get him sick, certainly not the socially distanced press corps standing several feet away from the nominee. It is meant as an example and a contrast. Biden wears a mask each and every day. Trump does not. This has not made the Democrat immune from criticism.

“If the president has the unilateral power to order every single citizen to cover their face in nearly all instances, what other powers does he have?” Trump said August 13, arguing that a national mandate overstepped the limits of presidential power.

At one point, Biden seemed to agree on the limits of presidential power. Critics accused him of backtracking on his answer about a national mandate when he cited constitutional concerns in a September 6 interview with a local Arizona station. What did he really mean by a “national mask mandate,” and could a president even do that?

“There’s a constitutional issue whether federal government could issue such a mandate. I don’t think constitutionally they could, so I wouldn’t issue a mandate,” he replied. And instead of the legally dubious mandate he’d been advocating, Biden explained that he would “plead with” people to wear a mask. “I’d set an example.”

Biden and Harris have done exactly that on a personal level with their pandemic-chic face coverings. Their attempts at persuasion, however, have not changed policy. As Fox News reported earlier, not a single Democratic governor has rallied to Biden’s call to tighten directives that citizens wear a mask when they are outdoors in public.

But 10 days later and after Trump’s attack, the Democratic nominee again floated the idea of a national mask mandate. If he had the authority, Biden even said he would sign an executive order requiring masks.

"There's a question -- I think it can be answered in the positive -- whether I can mandate over state lines that every single state has to comply. Our legal team thinks I can do that based upon the degree to which there is a crisis in those states, and how bad things are for the country," Biden said Wednesday. "I'd make the case why it's necessary."

"I’d have the scientists … lay out in detail why, and I would go to every governor," Biden continued, "and I'd say, 'We have to have this national mandate.' We must do it. And at a minimum what I would do, I wouldn't walk around saying masks don't matter."

The Biden campaign insists the candidate has not changed his opinion. He just got a second legal opinion on the question of presidential power and continues to believe states should lead the way. “Vice President Biden has made clear that a critical way that we can stop the spread of this virus is by pushing for nationwide mask mandates -- put in place at the state and local level -- and by having leaders model the importance of mask wearing in saving lives and finally getting the pandemic under control,” spokesman Michael Gwin told RCP.

Biden didn’t offer that nuance earlier in the summer when he was pushed on the issue. “The one thing we do know, these masks make a gigantic difference. I would insist that everybody out in public be wearing that mask,” Biden said in June. “Anyone, to reopen, would have to make sure that they walked into a business that had masks.”

Asked at the same event if he could use “federal leverage to mandate that,” according to the New York Times, Biden said he could, and “would from an executive standpoint.” When a Las Vegas television station reporter asked him in July if “we need a national mask mandate,” Biden responded, "I think we do. I think we need, look, there are some places where when the curve is going down, you can begin to loosen things, but we should have a mask mandate until we get this under control.” Later, on September 1, Biden told a local Miami television station that he “would promote a nationwide mask mandate.”

The nation already finds itself in a tug-of-war over the coverings. In Salt Lake City, flouting CDC guidelines, hundreds turned out in August with naked faces to protest the statewide mask requirements implemented by Utah Gov. Gary Herbert. Others stay inside and argue about the covering on social media. Overall, though, support for face masks remains high. According to a July poll by the Hill-HarrisX, 82% of Americans support a national mandate.

Biden had tightened his language in recent weeks. He stopped talking about a “national mask mandate,” adopting a plural alternative for a moment. His campaign recently launched six 30-second ads, four in English and two in Spanish, and each advocating for “nationwide mask mandates.” Aides say again that the advertisements are consistent and that the former vice president has never changed his stance.

The Trump campaign sees a flip-flop. Hogan Gidley, national press secretary for the Trump campaign, accused the former vice president of just reading whatever script was put in front of him at any given time whether it has to do with a singular “national mask mandate” or the plural “nationwide mask mandates.”

“The president and the CDC,” he told RCP, “issued guidance to socially distance, use hand sanitizer and wear masks while Joe Biden was hiding down in his basement blankly staring into a teleprompter.”