One of Joe Biden’s staffers suggested Monday that Orthodox Catholics, Jews, and Muslims should be disqualified from serving on the Supreme Court due to their “intolerant” views.

“Wait, why is this news? Isn’t this the standard position for any orthodox Catholic?” Hamid asked about a tweet saying that Barrett was a trustee at a Catholic school that opposed same-sex marriage and said homosexual acts are “at odds with Scripture.”

Hamid noted that Orthodox Muslims and Jews also share this belief, to which Rai replied, “True. I’d heavily prefer views like that not be elevated to SCOTUS, but unfortunately our current culture is relatively intolerant. It will be awhile before those types of beliefs are so taboo that they’re disqualifiers.”

Here’s a @JoeBiden staffer saying that orthodox Christianity, Islam, and Judaism should be made “taboo” and driven from the public sphere. Beneath all the talk of “interfaith” and “pluralism,” this is what they really believe. pic.twitter.com/PrN8S1qaLG

Rai has since locked her Twitter account. She did not respond to a request for comment from the Daily Caller News Foundation and blocked the DCNF from sending her further messages.

Biden frequently references his own Catholic faith and media often calls Biden a “devout Catholic.” Critics note that Biden supports policies that are explicitly opposed to Catholic teaching, such as abortion and same-sex marriage.

The Biden campaign similarly did not respond to requests for comment on Rai’s remarks. 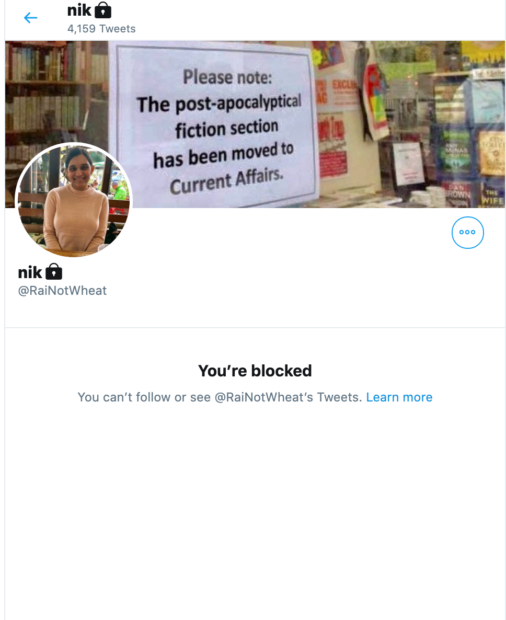 Her comments come amid criticism of Barrett’s faith. Barrett’s 2017 confirmation hearings gained national attention when some Democrats suggested that her Catholicism made her unfit to serve as a judge, and more recently, critics have called Barrett’s Catholic faith “extreme” and cult-like.

Media outlets have also attempted to link a Catholic group associated with Barrett to the fictional dystopian novel “The Handmaid’s Tale.”

“Why is it that so many of us on this side have this very uncomfortable feeling that dogma and law are two different things, and I think whatever a religion is, it has its own dogma. The law is totally different,” Democratic California Sen. Dianne Feinstein told Barrett when she came before the Senate Judiciary Committee in September 2017.

“The conclusion one draws is that the dogma lives loudly within you,” Feinstein added. “And that’s of concern.”