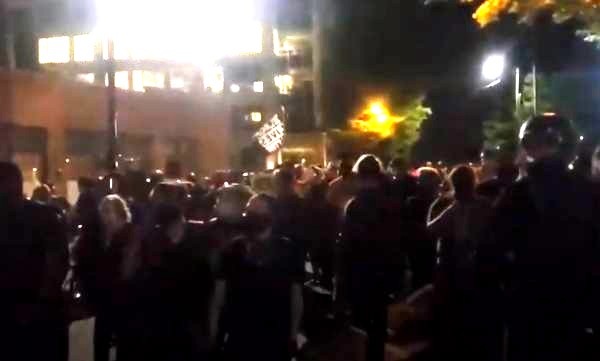 The confrontation took placing during Republican National Convention events in the city in August but was ignored by media and spotlighted Monday by the Gateway Pundit.

See the video of marchers:

See the attack on the preacher:

BLM Marxists attacked a man chanting “the blood of Jesus” in Charlotte, #NorthCarolina. Via Facebook -Sam L Bethea.
BLM/Antifa/NOI have publicly announced their intentions to kill Christians & nonChristians, steal their possessions and destroy the West.pic.twitter.com/EZo5nyuhrX