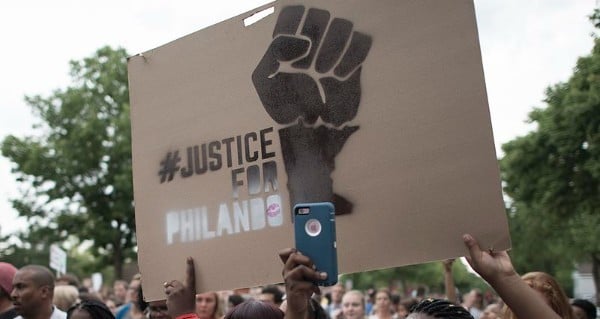 A venture of Black Lives Matter co-founder Alicia Garza that serves as a political lobbying arm for the movement is funded by a surrogate of the Chinese Communist Party called the Chinese Progressive Association.

Garza, a self-described "trained Marxist," has declared that her Black Lives Matter movement cannot succeed unless capitalism is "abolished."

The BLM lobbying arm, Black Futures Lab, was founded in September 2018, according to the news site Colorlines, "to engage advocacy organizations and legislators to advance local-, state- and federal-level policies that make Black communities stronger" and "craft strategies that harness Black political power to bring those policies to fruition."

Garza condemned capitalism in a brief 2017 video that was part of a series called "200 Women," saying it causes "more misery" than any other "force" in the world.

The Chinese Progressive Association, founded in San Francisco in 1972, has been a promoter of the "revolutionary thought" of the People's Republic of China since its beginning, Heritage Foundation Senior Fellow Mike Gonzalez documents.

He noted the CPA drew praise from the Chinese communist mouthpiece China Daily a few weeks ago for taking part again in Black Lives Matter demonstrations in San Francisco.

Gonzalez asked his readers to imagine how the mainstream media and Congress would react if "far-right demonstrators were laying siege to American cities for months, led by activists explicitly calling for an 'ethno-state,' and that one of their groups was funded by an outfit involved with Vladimir Putin's Russia."

"It would lead the news every day and there would be congressional hearings, right?" he wrote. "And rightly so. The threat of foreign interference in our domestic affairs is a serious matter, whether the suspects are rivals such as Russia or friendlies such as Mexico.

"This is especially the case if a foreign power were abetting unrest that aims to topple our constitutional order."

BLM's Garza and her co-founders have made it clear that they share the Chinese Progressive Assocation's objective of world communism.

In 2015, Gonalez points out, she spoke to a gathering of global Marxists.

She portrayed Black Lives Matter as an offshoot of the Black Liberation Movement, the Marxist pan-Africanist Movement.

Garza told a gathering of Maine progressives last year "we all have work to do to keep dismantling the organizing principle of this society, which creates inequities for everyone."

The Black Lives Matter Global Network founded by Garza has 15 chapters in the U.S. and several more in Canada, Australia and Europe. It likely will "grow exponentially in the coming years," Foreign Affairs magazine said in its latest issue. Garza is also behind the Movement for Black Lives, which has 50 domestic organizations.

In July she said, "We helped to also pull together an ecosystem that was much broader than the organization that we founded, and that ecosystem is called the Movement for Black Lives and it is taking the world by storm."

On its website, Movement for Black Lives declares "we are anti-capitalist."

"We believe and understand that Black people will never achieve liberation under the current global racialized capitalist system."