The Irish-born filmmaking couple Phelim McAleer and Ann McElhinny are known for their film "Gosnell," which exposed the seamy underside of the abortion industry by turning transcripts and evidence from the trial of the Philadelphia abortionist Kermit Gosnell into a cinematic drama. 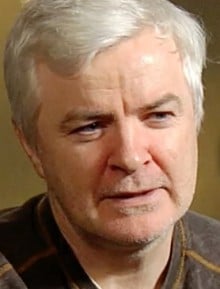 They turned gripping testimony from the 2014 Michael Brown case into a play, called "Ferguson."  And lately they did the same with the infamous texts of FBI agent Peter Strzok and bureau lawyer Lisa Page in "FBI Lovebirds: Undercovers," starring Dean Cain and Kristy Swanson.

Now, in yet another effort to counter a conventional narrative with first-hand evidence, they're about to release "Obamagate: The Movie," showing how the Obama administration tried to take down Donald Trump.

"We would be unemployed if the media did its job," McAleer told WND in an interview.

"They're not reporting spin anymore," he said of the establishment media," they're straightout publishing falsehoods and lies, and things that are not true."

The "beauty" of verbatim theater, he said, "is that we are showing you the facts and give, often, eyewitness accounts."

"Obamagate," set for early October, is a counter to the Showtime miniseries "The Comey Rule," which premieres Sunday night.

McAleer said he's seen "The Comey Rule," and his "charitable" assessment is that it's "misleading."

His film – based on the wealth of texts, emails, memos and witness transcripts in the many Trump-Russia investigations – will "destroy" their story, he said.

One media-generated misconception, said McAleer, is that the Strzok-Page texts are merely "anti-Trump."

"The texts show them conspiring and plotting to destroy the Trump candidacy and presidency. That's a fact," he said.

Cain and Swanson, of "Buffy the Vampire" fame, will reprise their FBI roles in "Obamagate." John James, known for playing Jeff Colby in "Dynasty," is James Comey in McAleer's new film.

Cain, who was cast as a detective in "Gosnell," is best known for playing Clark Kent-Superman in the TV series "Lois & Clark: The New Adventures of Superman."

The film will be available without charge on YouTube. 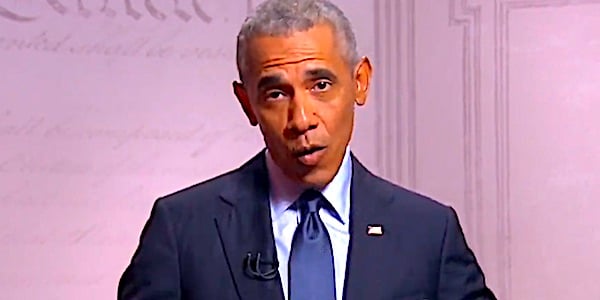 Before producing documentaries for the BBC and other networks, McAleer was a foreign correspondent for the Financial Times and for The Economist in Eastern Europe. Before that, he covered Ireland for the Sunday Times of London. He began his career covering the Northern Ireland for The Irish News in Belfast.

In February, McAleer told the Daily Beast that he, Cain and Swanson met for 45 minutes with President Trump in the Oval Office, a scheduled 15-minute meeting that went 30 minutes longer.

Trump hadn't seen the "FBI Lovebirds" play, he said, but praised the concept of a script based entirely on congressional testimony and the Strzok-Page texts. The Daily Beast was vexed about the fact that one day after "an attempt to calm nerves" about the coronavirus, Trump "spent 45 minutes talking to the lead actors of a low-budget conservative play about the so-called Deep State."

"Obamagate" is a filmed stage play, a la "Hamilton," that will end up costing about $150,000. Through crowd-funding, he and his wife are more than 70% toward their goal. They raised more than $3 million to produce "Gosnell: The Trial of America’s Biggest Serial Killer."

"Hollywood is not going to fund this," McAleer told WND.

He hopes "Obamagate" will provide a balance not only to "The Comey Rule" but also to books such as Peter Strzok's, which he said are "trying to rewrite history."

"If journalism is the first draft of history," he said, "then I'm happy enough to play that part."

In the case of Michael Brown, McAleer noted that many people still think the teen had his hands up and said, "Don't shoot."

"When you read the transcripts of the grand jury evidence, it is very, very clear that that did not happen," he said.

"And people came out of that play in shock, because they had been believing what the media told them."

See actor Dean Cain talk about his role in "Obamagate":