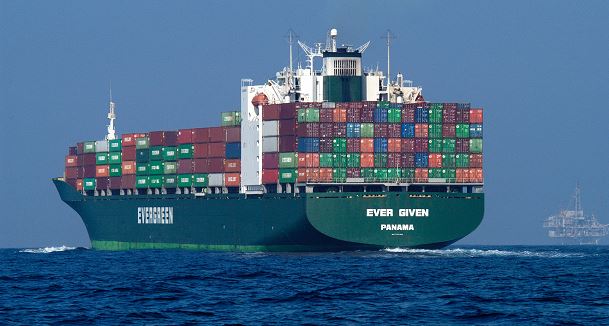 The Communist Party tabloid Global Times reported Beijing was "likely" to sell some or all of its U.S. Treasury holdings, suggesting the U.S. might default on its debt obligations for the first time, he wrote for the Gatestone Institute, where he is a senior fellow.

"China is certainly trying to destabilize the United States, and it looks as if it's about to declare total economic war on America," he said.

Change said Beijing "has tipped its hand," and the question for the Trump administration is whether America should strike first.

"Yes, it should, and Washington should hit Beijing as hard as it can," he wrote. "A vicious attack merits an overwhelming response."

The Global Times, citing "experts," said China "may gradually reduce its holdings of U.S. Treasury bonds to about $800 billion from the current level of more than $1 trillion, as the ballooning U.S. federal deficit increases default risks and the Trump administration continues its blistering attack on China."

Chang said the staggering increase in the federal deficit should be blamed on China because of its responsibility for the coronavirus pandemic.

The American economy, indeed, took a hit, he said, with a 31.7% quarter-on-quarter GDP decline, but is now recovering quickly.

"The economy added 1.8 million jobs in July and 1.4 million jobs last month, and most indicators point to strong growth in the quarter ending the last day of this month. For instance, the latest Atlanta Fed estimate, dated September 3, forecasts 29.6% GDP growth for this period. President Trump's Labor Day predictions of a 'super V,' suggesting a rocket-like recovery, cannot be far off the mark," he wrote.

He called it an "unwarranted, malicious-looking, and essentially a declaration of intent to destroy the American economy."

Washington should fight back, he said.

"For decades, American policymakers ignored criminal and other predatory Chinese trade practices in the hopes China would 'enmesh' itself in the rules of the global economy. Unfortunately, those hopes have been dashed as Beijing has ramped up theft of American intellectual property and continued to violate trade and other obligations. No amount of persuading, cajoling or badgering has worked to convince China to accept agreements and norms."

He pointed out Trump already has discussed curbing business with China.

Chang said Trump is "ultimately correct on the economic damage China has caused and what should be done."

"The threat, far from frightening Americans, galvanized President Trump into taking action, such as his August 6 executive order requiring the buying of 'essential' drugs from U.S. businesses. Other countries, including Japan, are moving in the same direction, also trying to get their companies out of China," Chang explained.

Reducing the flow of Chinese goods into the U.S., he said, would "shake China" because of its "extreme dependence on the American market."

He said China may not recover.

"Case in point: There is now talk that Huawei Technologies, which six months ago looked as if it would take over the world's 5G networks, may soon have to stop shipping network equipment because it is having difficulty buying chips. Although it is now the world's largest seller of smartphones, Huawei will have to end production. The Chinese company announced that production of its Kirin chipsets, for use in its mobile devices, will stop on the 15th of this month."

Further, if China sells off U.S. Treasury notes, it would get back dollars that would have to be converted to other currencies to "hurt" the U.S.

Consequently, U.S. Treasury obligations would end up in the hands of nations "far more friendly to the United States."

The moves could cause turmoil in the markets for a few weeks, Chang said, but they would result in "a United States that no longer feels beholden to Chinese communists."