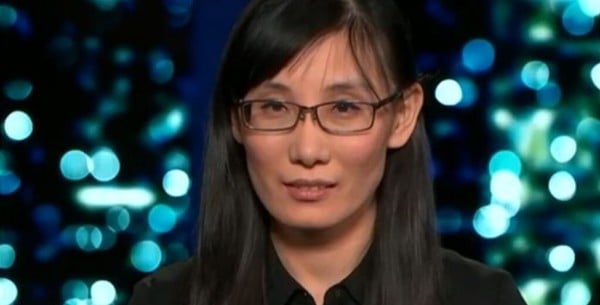 A top Chinese virologist who has fled Hong Kong fearing for her life claims the Chinese Communist Party manufactured and intentionally released the COVID-19 virus that led to mass shutdowns and deaths around the world.

Dr. Li-Meng Yan was asked Tuesday night on Fox News' "Tucker Carlson Tonight" whether she believed the virus was released on purpose.

"Yes, of course, it's intentional," she told host Tucker Carlson.

Yan promised to release evidence to back up her claim.

TRENDING: Revealed: Your own identity carries divine 'name of God'

She noted her credentials, including a high-ranking position at a World Health Organization reference lab at the University of Hong Kong, the top coronavirus lab in the world.

Yan, with a vast network of contacts in Chinese medical facilities, said she has been investigating the origin of the outbreak since its beginning.

"So, together with my experience, I can tell you, this is created in the lab ... and also, it is spread to the world to make such damage."

Yan told Carlson the genome of the virus, which is like a fingerprint, shows it is man-made.

Carlson asked why, if the genome is in the possession of many researchers around the world, is nobody else saying that.

"It's because of the big suppression that comes from the Chinese Communist Party government and also their friends in the scientific world," she said.

Yan said the evidence is clear that the virus didn't come from nature, but the scientific community and the Communist Party doesn't want people "to know this truth."

It's the reason why the Communist Party wants to get rid of her.

Carlson asked Yan what she thinks is the Chinese government's motive.

"We cannot always understand their evil thinking, but [we] have already proved that they have done that, it harmed everyone in the world," she said.

"If you look at the evolution of the virus in bats, and what's out there now is very, very strongly leaning toward this [virus] could not have been artificially or deliberately manipulated — the way the mutations have naturally evolved," he told the National Geographic in May.

In July, Yan blew the whistle on China's alleged attempts to suppress information about its handling of the virus. She believes the Chinese government ignored research that could have saved lives. Fox News reported her former employer, the University of Hong Kong, criticized her account, saying it does "not accord with the key facts as we understand them."

"Specifically, Dr Yan never conducted any research on human-to-human transmission of the novel coronavirus at [the University of Hong Kong] during December 2019 and January 2020, her central assertion of the said interview."