"Counsel in the heart of a man is like deep water, but a man of understanding will draw it out" (Proverbs 20:5).

In my 50 years of ministry, I've read countless articles giving advice from church growth experts and Christian leaders on how to reach young people for Christ. My quest for insights began during the Jesus Movement when I had the daunting challenge of addressing approximately 2,000 youth in a weekly gathering in Washington, D.C.

Recently, I read results from a Barna research study revealing that 50% of pastors in America struggle with their ministry to young people. This has always been a difficult area for shepherds of the flock, but with the upheaval of the COVID-19 crisis and related issues it's been intensified.

1. Ever increasing distraction, temptation and dependency on computers

David Kinnaman and Mark Matlock discuss this in depth in their book, "Faith for Exiles: 5 Ways for a New Generation to Follow Jesus in Digital Babylon." They share how young people in mass are being adversely affected by nearly nonstop screen time. Also, educators and administrators are having to deal with students viewing pornographic imagery shared in classrooms and during online learning at home.

Barna reported 19% of young people feeling lonely all the time and 25% feeling that way at least part of each day. Being kept back from usual social interaction in school and extracurricular activities is having adverse effects.

3. Lack of emotional support and spiritual nurturing from diminished participation in a local church community

Streaming and skipping online church services has its negative effect. Barna research revealed the church dropout rate for 18 to 25-year-olds now is at 64%. Fifty-nine percent of the young guys and girls surveyed felt "church was not relevant," and 48% expressed, "I find God elsewhere."

Many young people looking for a cause resonate with the call to be "social justice warriors" making a difference by contributing to a new "progressive" America. Naive and ill-informed on Marxism and the toll it's taken on millions of lives over the past hundred years, they are easily seduced into a socialist "utopia" propagated by pied piper politicians and pop culture propagandists.

5. Ever-increasing influence of pop culture artists alongside acceptance of profanity and perversion

In the Old Testament, God commissioned Ezekiel to communicate prophetic revelation to the people of God exiled in Babylon. But before Ezekiel was to carry out his task, he "sat there where they sat seven days" (Ezekiel 3:15). Learning from their lifestyle he could speak more empathetically, authoritatively and specifically based upon firsthand, personal observations.

When Jesus was a young person His parents misplaced Him on one occasion. "After three days they found Him in the temple, sitting in the midst of the teachers, listening to them and asking them questions" (Luke 2:46). It's good to engage with the younger generation and be listeners like Jesus.

Recently, I felt a prompting of the Holy Spirit to sit down and listen to observations and insights my daughter could offer regarding young people in these turbulent times. She has the calling of an evangelist on her life. Weeks ago she addressed a women's conference in Nashville where she spoke on reaching the lost. 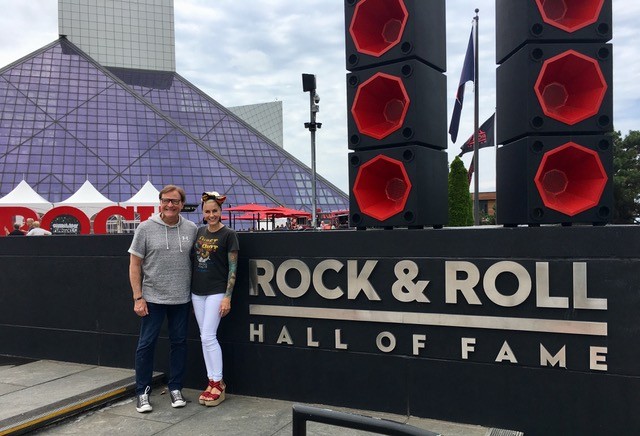 For decades she has followed the biblical counsel for singles to pursue "undistracted devotion to the Lord" (1 Corinthians 7:35 KJV). Not long ago God placed her in a relationship with a wonderful Christian fellow who recently transitioned here with his 82-year-old father and brother from California.

Melanie has a truckload of experience with young people. For seven years she was on staff with Michael W. Smith's "Rocketown" outreach in downtown Nashville. She traveled to different parts of the globe serving with "Youth with a Mission" and engaged with multitudes of hurting, broken young people on the multi-city "Warp Tour."

Her boyfriend, Jimmy, was involved in outreach utilizing his artistic gifting in rap and rock music. They make a great team and are simply trusting God to make clear His perfect will for their lives.

Up Close and Personal Podcasts

Rather than me trying to capture their thoughts and hearts in print, I'd like to offer you the listening experience of the four 12-minute podcasts. If you're a parent, pastor, youth leader or simply a person who has a heart for young people, sit back and let God minister to you through what they share in these recordings. Hear their heart for young people!

Here's the deal: Scripture tells us that "God resists the proud, but gives grace to the humble" (James 4:6). So in the middle of an incredible battle for the youth for whom Christ died, let's follow His lead to gain both His heart for the young generation and the creative ways He wants to effectively reach them.

"Your people will follow you in the day of your battle; on the holy mountains at dawn of the morning, the dew of your youth belongs to you" (Psalm 110:3).