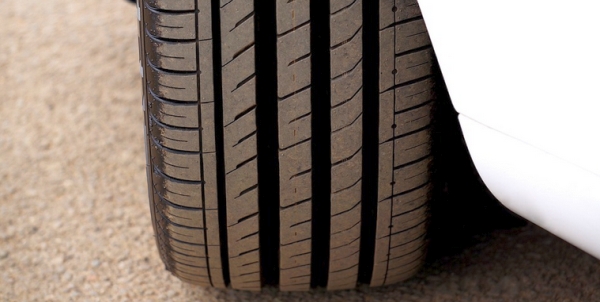 San Antonio, Texas, must pay nearly $200,000 to resolve a Justice Department lawsuit against its auctioning of the vehicles of members of the U.S. military while they were serving overseas.

The city is accused of violating the Servicemembers Civil Relief Act by auctioning or otherwise disposing of cars owned by service members without first obtaining court orders.

In separate cases in Florida and Massachusetts, the Justice Department filed lawsuits against companies that illegally sold off a towed car and auctioned household goods left in storage.

Under the agreement in the San Antonio case, the city "must pay $47,000 to compensate two servicemembers who complained that the city unlawfully auctioned off their cars while they were in military service."

"The city must also establish a $150,000 settlement fund to compensate other servicemembers whose SCRA rights may have been violated and pay a $62,029 civil penalty to the U.S. Treasury."

The agreement is intended to resolve a lawsuit filed against the city by the DOJ in federal court in Texas. It still must obtain court approval.

"Servicemembers who serve our country honorably should not have to come home to find that that their only means of transportation and its contents have been auctioned off to the highest bidder," said Assistant Attorney General Eric Dreiband of the Civil Rights Division. "We are pleased that the city has worked cooperatively with the department to reach a settlement that will compensate all the servicemembers who lost their vehicles and will provide additional protections for the thousands of servicemembers stationed in and around San Antonio."

U.S. Attorney John Bash for the Western District of Texas said he's "proud that our office was able to reach a settlement with the city of San Antonio to protect servicemembers who are deployed overseas."

"When servicemembers are fighting for our country, they should not have to worry that their vehicles will be gone when they return home," he said.

The case developed after U.S. Air Force Staff Sergeant Paula Rangel filed a complaint that the city towed and sold her car while she was assigned to Afghanistan.

Rangel and her military legal assistance team had called the city to let them know of the situation, but the city's Growdon Road Vehicle Storage Facility declined to cooperate.

City representatives even refused to allow anyone on her behalf to recover personal property and military equipment in the vehicle.

"The department’s investigation revealed that between 2011 and 2019, San Antonio auctioned at least 227 vehicles registered to SCRA-protected servicemembers without obtaining the required court orders," the DOJ said. "In some cases, the city auctioned vehicles that listed the name of a military installation as a part of the registered owner’s address. The settlement requires San Antonio to adopt new procedures to investigate the military status of any registered owner prior to auctioning a vehicle. The city will also be required to obtain a court order or a valid SCRA waiver prior to auctioning a vehicle owned by a protected servicemember."

Recently, the DOJ announced a case in the Middle District of Florida alleging Target Recovery Towing and Target Recovery & Transport of Tampa, Florida, illegally auctioned a vehicle belonging to a service member.

The law requires the companies or leinholders to find out if any property in their possession belongs to a service member and is therefore protected.

The complaint explains the car that Target sold had a military decal on it, contained military documents and had her address at a U.S. Marine Corps base.

The circumstances in another case were similar. This time it was household goods left in storage at PRTaylor Enterprises, doing business as Father & Son Moving & Storage in Billerica, Massachusetts.

The company auctioned the contents of two storage units that were rented by a U.S. Air Force technical sergeant who was deployed overseas.