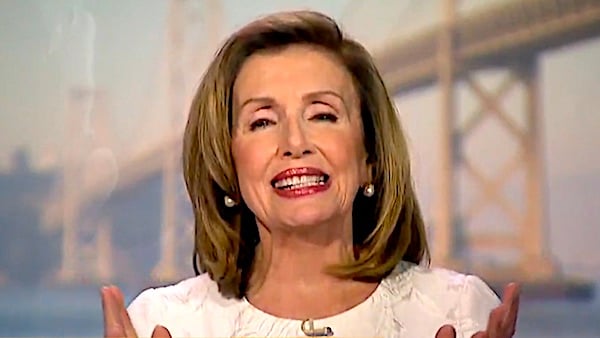 But it's all President Trump's fault, claims CNBC's Jim Cramer.

Jim Cramer: “What deal can we have, Crazy Nancy? I’m sorry, that was the president. I have such reverence for the office. I would never use that term ...”

Cramer immediately told Pelosi, "I'm sorry, that was the president."

The two were discussing legislation to provide help for Americans suffering from the economic impact of the coronavirus lockdowns.

This week, a bipartisan coalition of lawmakers proposed a $2 trillion package, far short of Pelosi's demand of more than $3 trillion.

It includes $500 billion for state and local governments that Democrats have requested.

Pelosi reportedly has told Democrats she wants the House to remain in session until a bipartisan deal is reached.

A $3 trillion deal fashioned by the administration and Congress months ago provided for forgivable loans to small businesses, a variety of school aid and coronavirus funding, as well as checks to individuals making below about $75,000.