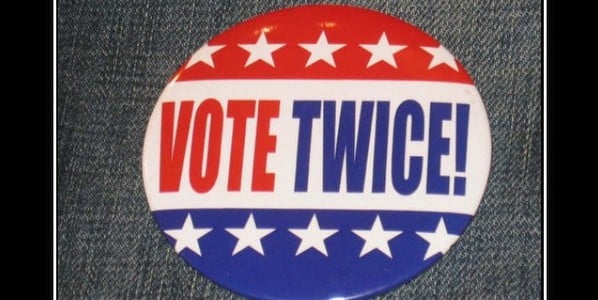 As the 2020 presidential election approaches, Colorado's Democratic administration has been caught sending postcards to illegal aliens and dead people asking them to register to vote.

KCNC-TV in Denver reported at least a dozen of the postcards went to people who were not citizens or deceased.

Secretary of State Jena Griswold, a Democrat, admitted the state uses a mailing list compiled by outside sources and some of the recipients of the postcards are ineligible.

KCNC spoke with Karen Anderson, who said she received a postcard for her mother who died four years ago and hadn't lived in Colorado since 1967.

The postcards went to a deceased woman in Las Animas County, six migrant workers in Otero County, a Canadian in Douglas County, a man from Lebanon in Jefferson County and a British citizen in Arapahoe County, the CBS affilate reported.

Anderson wondered, "How many went out that nobody called in about it?

"I don't know where they're harvesting names from but [they're] doing it without obviously doing any kind of check."

She said the state of Colorado knew about her mother's death, since it issued the death certificate.

Judd Choate, director of the Elections Division, told the state there are people who are ineligible who end up on mailing lists.

The list the state used to mail 750,000 cards was assembled by National Electronic Registration Information System, which draws names from many sources.

Griswold told KCNC the distribution of the cards was worthwhile because they "get a lot of people registered in Colorado."