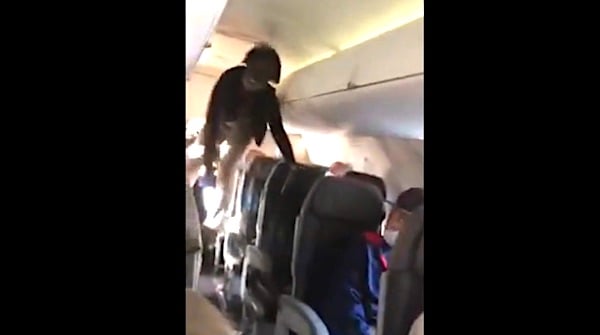 In what's being compared to a scene from "The Exorcist" horror film, video has emerged reportedly showing a woman on a Detroit-bound flight having an obscenity filled meltdown in the sky.

The video, posted online by WorldStarHipHop.com, shows the woman climbing the seats in the cabin of an unspecified airline, loudly screaming: "We're going to [expletive] all night, [expletive]."

During the rant, the woman is seen grabbing the top of the overhead bins to gain leverage and thrust her hips forward, and at one point banging on the lockers. Some items appear to start falling out of the lockers when they open in mid-flight.

A flight attendant wearing a face mask reportedly asked the gal to take her seat, but the irate woman ignores her.

The freakout continued until three male passengers aboard the plane grab her and escort her toward the front of the aircraft.

"She must have took something," another woman on the plane is heard saying on the video. 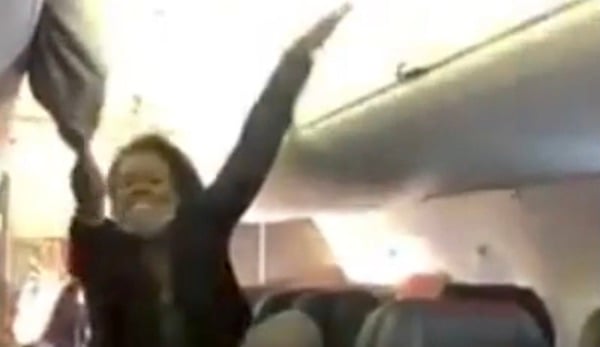 The headline on World Star Hip Hop's video blares: "Woman Caught A Demon Inside Her & Spazzed Out On A Flight To Detroit!"

The site did not provide information about the airline or other details.

Some comments posted online include: