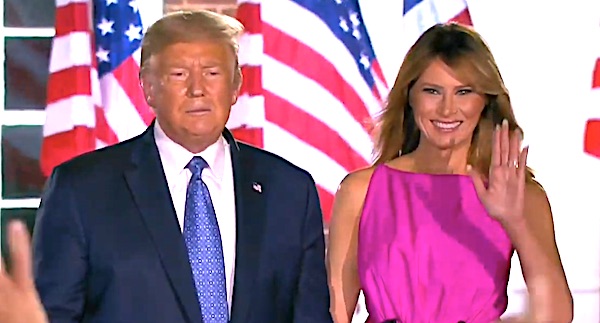 The electoral map could show a victory for President Donald Trump on Nov. 3, even if he ultimately loses the election, according to Hawkfish, a Democratic analytics firm.

The twist could occur as millions of voters, the majority of whom are Democratic, will likely choose to vote by mail due to the coronavirus pandemic, according to Hawkfish’s research. These votes, the firm says, may not be counted by Nov. 3, likely giving Trump an early lead over Democratic presidential nominee Joe Biden.

“We are sounding an alarm and saying that this is a very real possibility, that the data is going to show on election night an incredible victory for Donald Trump,” Hawkfish CEO Josh Mendelsohn said in an interview with Axios.

Mendelsohn called the scenario a “red mirage” in an interview with Axios, referring to a map that shows a Trump landslide on Nov. 3 and then turns blue in the days following.

“When every legitimate vote is tallied and we get to that final day, which will be some day after Election Day, it will in fact show what happened on election night was exactly that, a mirage. It looked like Donald Trump was in the lead and he fundamentally was not when every ballot gets counted.”

The scenario could risk exacerbating the polarization and misinformation that has infiltrated American politics, Mendelsohn said.

As mail-in ballots are counted in the days after the election, any lead that Trump may have will narrow, and possibly disappear, making Biden the president-elect, Axios reported.

Hawkfish based the models for the final election result on FiveThirtyEight’s polling, which gives Biden a 7.1 point lead over Trump nationwide. Hawkfish, which was started by former New York Mayor Mike Bloomberg, works with the Democratic National Committee and some Biden PACs, according to Axios.

NEW: A top Democratic data firm Hawkfish warns that it’s highly likely that Trump will appear to be way ahead on election night, but could ultimately lose when all the votes are counted in the ensuing days and weeks. https://t.co/YVfhOycHNf

One of Hawkfish’s models shows that Trump could appear to have maximum of 408 electoral votes on Nov. 3 if only 15% of all mail-in ballots had been counted on election. Once 75% of the ballots are counted, however, Biden could win with 334 electoral votes to Trump’s 204, according to the Hawkfish model.

Hawkfish also warned that voters need to be prepared for an election that may not be decided on Nov. 3, even if Trump declares victory.

“Any change from that result on election night, [Trump] is signaling they will say means fraud,” Mendelsohn said of the Trump campaign.

“You’re then setting up the American presidency for even more failure. Even if you ultimately get to the end result, which is that Joe Biden would be president of the United States… You would find yourself in this deeply polarized situation where a real portion of the American electorate feels that injustice was done,” he said.

In constructing its model, Hawkfish surveyed over 17,000 registered voters across the country from July 1-Aug. 16, asking their party affiliation and whether they would vote in-person or by mail.