Photos and videos are extremely useful tools in storytelling and even in conveying news to the masses. Be they simple photographs of people or videos of people marching through a street, they help us relate to the actual events and stories.

In the past decade, climate-change enthusiasts and activists have utilized this aspect to the utmost to highlight natural disasters and propagate the idea that climate change has aggravated them.

But often this grim and devastating image of natural calamities does not reveal the complete picture. In fact, climate activists exaggerate weather events (short-term and local) as climate events (long-term and global to regional) and misrepresent regular incidents as unprecedented ones.

Last month, I came across a retweet by Greta Thunberg, a globally recognized climate activist. She retweeted a tweet showing recent flooding in India. The tweet was preceded and followed by a series of tweets that highlighted allegedly climate-driven natural disasters in an attempt to drive home the need for climate action.

It was surprising for me to learn that Greta and others portrayed the regular summer rainfall downpour in India as something unprecedented and use it as an arsenal to promote their climate doomsday narrative.

India is in the midst of its summer rainfall season. Also known as the monsoon, these rains are the lifeline for India's 1.3 billion people. They are a boon, not a disaster as Greta and other activists claim.

The excess rainfall has brought much joy to the majority of the Indian people, who depend on rain for agriculture. Farmers have already begun sowing, and a historic food crop output is expected in 2021, topping already record-high levels.

As for the flooding Greta retweeted, the flooding in the state of Bihar is unrelated to long-term climate change. With increasing population, more people have been prone to be impacted by flood waters than before.

Flooding in that region has been a regular event, and not something new and unprecedented. The rainfall data since 1871 reveal that the annual precipitation levels have always been erratic, with no significant trend. 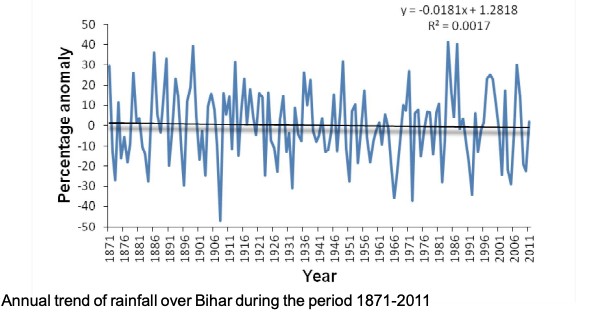 There have been no significant changes in rainfall pattern, according to scientists at the Indian Meteorological Department. To claim otherwise reveals ignorance of the real climate in the region.

This methodology – of portraying natural disasters as a consequence of climate change and claiming it as unprecedented – has become a common practice among climate activists.

Even the ongoing California fires and the subsequent blackout in the state of California were blamed on climate change. Activists circulated images of fires in California, adding their own doomsday opinions as captions.

But a look at the data reveals a completely different reality about fires in the United States. 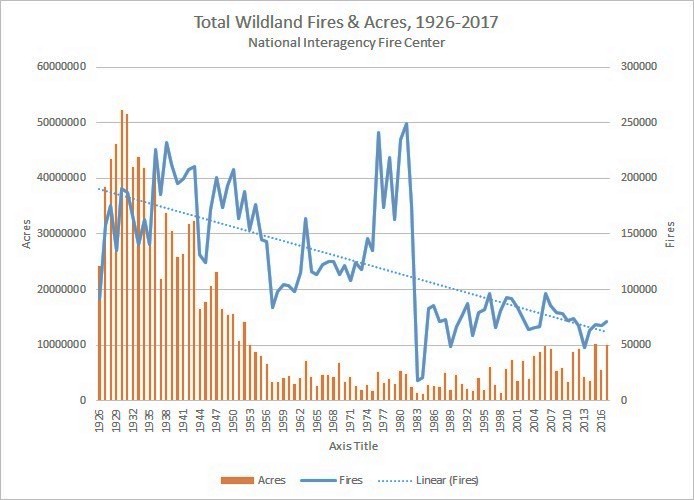 The data from National Interagency Fire Center show an actual decrease in the number of fires in U.S. between 1926 and 2017. The numbers of fires and of acres burnt were both less in every year of 1990–2017 than in every year from 1926–1950, well before allegedly man-made global warming became significant. In addition, 2019 had only half the burnt area of 2018.

The notion that climate change is causing more and larger wildfires is false.

And the recent blackouts in California were due to the failure of renewable technology, as even Gov. Gavin Newsom admitted.

The devastating photos and videos of natural calamities on your phones and TVs may seem to convince you about a supposed climate disaster, but they do not tell you the whole story.

Climate activists lie – and they do so many times. Left unchecked, they mislead millions into falsehoods and needless fears.

It is time they were held accountable for their lies. It is time we as a society became more data-conscious and more discerning with the popular voices in the media.

Vijay Jayaraj (M.Sc., Environmental Science, University of East Anglia, England), is a Research Contributor for the Cornwall Alliance for the Stewardship of Creation.