"The science" supports Americans who are "anxious to get back to work and to send their children to school," contends Dr. Scott Atlas, a new special adviser to President Trump and a member of the White House Coronavirus Task Force.

Atlas, a senior fellow at Stanford University's Hoover Institution, wrote in an op-ed for The Hill on Thursday that it's clear from medical science, the data and common sense that the economy should reopen.

"While the lockdown may have been justified at the start, when little data was known, we know far more about the virus today," he said. "It's time we use all we have learned and all we have done to reopen our schools and our economy safely and get back to restoring America."

Atlas, former professor and chief of neuroradiology at Stanford University Medical Center, emphasized that the true risk of the coronavirus is now known.

In addition, the CDC now says COVID-19 is the lone cause of death in only 6% of the coronavirus deaths it has recorded. 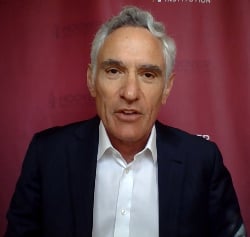 Children can go back to school, Atlas asserted, citing a Journal of the American Medical Association study of North American pediatric hospitals. The data "indicate that children are at far greater risk of critical illness from influenza than from COVID-19."

More cases may result as social interactions increase, he said, "but the overwhelming majority of cases are now occurring in younger, low-risk people – decades younger, on average, than seen in the spring."

"And the vast majority of these people deal with the infection without consequence; many don’t even know they have it."

He pointed out an analysis of CDC data shows that the case fatality rate has declined by approximately 85% from its peak.

That is partly because of improvements in protecting the most vulnerable, particularly senior citizens.

Nevertheless, the economy has yet to fully reopen, he said, with at least 16 states maintaining travel warnings and quarantines that are not consistent with CDC guidelines.

In most states, he noted, retail stores are limited to pick-up or reduced shopping capacity.

"Even in states where cases are low, restaurants are often take-out only, and 42 states and territories have seating capacity limited to 25 percent or 50 percent. Fitness centers and gyms have largely reopened, but at reduced capacity."

In addition, schools in many cities and states are opening on a delayed or limited basis.

"That not only harms children, it prevents many parents from working," he said.

Atlas said a "flawed" assumption driving these restrictions is that the number of cases is the most important metric to follow.

"Yet, whatever effect these restrictions may have on cases, they don’t eliminate the virus," he said. "And they impose harms on the country and its citizens, particularly when they require the isolation of large segments of the low-risk and healthy, working populations."

Instead, he said, the administration is focused on a "three-pronged, data-driven strategy that is saving lives while safely reopening the economy and society, averting the disastrous calamities of continued lockdown."

First is protecting the high-risk group, providing resources to assist nursing homes and elderly individuals living in in-home care and senior centers. Second is monitoring hospitals and ICUs to prevent overcrowding. And third is guiding businesses and schools with common-sense mitigation measures.

'No need for fear'

On Monday, Atlas was at a panel discussion in Tallahassee, Florida, with Republican Gov. Ron DeSantis in which he pointed out that infections and deaths are declining in the Sun Belt states.

"The American public should feel cautiously optimistic here about what’s going on," Atlas said. "There is no need for fear at this point."

Emphasizing that COVID-19 poses little risk to young people, he said college football should go on, and schools should be open to in-person classes.

"This shouldn’t really be a point of controversy. College football should be open. It can be done safely," Atlas said. "College sports is a big part of America and it’s a big part of the economic engine."

Atlas said the U.S. is "the only nation among our peer nations that are hysterical about opening schools ... the only country that seems to be willing to sacrifice our children out of our own fear." 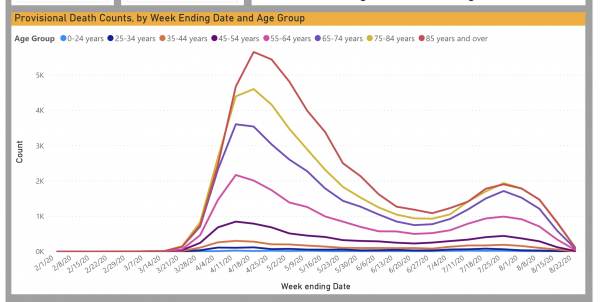 He said testing people for coronavirus who do not have symptoms is counter-productive.

Dr. Scott Atlas: “We are the only nation among our peer nations that are hysterical about opening schools…the only country that seems to be willing to sacrifice our children out of our own fear” (this 8/31/20 FL presser https://t.co/SLvDKcLOJM) pic.twitter.com/8KIy2WmBpC

The left-leaning World Council of Churches also made a case for sending children back to the classroom, arguing the damage done by quarantines far outweighs any health risks from the coronavirus itself, Breitbart News reported.

"For children, the COVID-19 pandemic is more about the impact of containment measures than a health issue, as such," the WCC states on its website. "Confinement may put children at risk for domestic violence and affect their rights to education, care and protection."

The WCC cited Cornelius Williams, associate director and global chief of child protection for UNICEF's program division, who called the lockdowns a "crisis within a crisis, where containment measures pose a serious threat to basic rights, such as education, care, protection, decent living standards and even the right to play with other kids."

The Centers for Disease Control indicates on its website that just 0.2% of the recorded deaths were people less than 25 years old.

What happened to 'flatten the curve'

In a Fox News interview in early August, Atlas noted that when the lockdowns were implemented last spring in response to the pandemic, officials emphasized the objective was to "flatten the curve," meaning to stretch out the number of cases over time to avoid overwhelming hospitals.

Somehow, the objective shifted to eliminating cases, which Atlas always has believed was the wrong approach.

Protecting the higher-risk populations and allowing the virus to burn out, or attenuate, through infecting people who are at low-risk of serious illness should be the aim, he said in a Fox News interview with Sandra Smith, who was guest-hosting "The Story."

"I think there is a huge disconnect here in what the goal of public policy is here," said Atlas.

"The goal of stopping COVID-19 cases is not the appropriate goal. The goal is simply twofold, to protect the people who are going to have a serious problem or die, that's the high-risk population, and to stop hospital overcrowding."

Atlas argued against focusing on testing college students, for example, when the aim should be "to protect the high-risk group from getting infected."

He said there "should never be and there is no goal to stop college students from getting an infection they have no problem with."

"They can do things if they are still afraid from a distance but you don’t lock down healthy people," he said. "It's just irrational, really."

Smith asked whether or not students who are asymptomatic would pose a risk to vulnerable people with whom they come in contact.

Atlas replied that targeting resources to the vulnerable is the best way to protect them.

He insisted that mass testing "destroys the ability to get critical information on the tests from the people who are at high risk."

"We need to keep them safe," Atlas said. "When we have testing delays because we are doing a million tests every day, it's getting to be crazy already. We need to be able to get the results from the high-risk tests. No one else."

A Danish professor has published a paper of his country-by-country analysis concluding the spring 2020 lockdowns in response to the coronavirus pandemic had no effect on death rates.

His paper, "Did Lockdown Work? An Economist's Cross-Country Comparison," sought to "explore the association between the severity of lockdown policies in the first half of 2020 and mortality rates."

The professor of economics used two indices from the University of Oxford's school of government as COVID-19 policy measures and compared weekly mortality rates from 24 European countries in the first halves of 2017-2020.

"I find no clear association between lockdown policies and mortality development," he wrote.

His paper reviewed two other studies that reached the same conclusion.

"The lockdowns in most Western countries have thrown the world into the most severe recession since World War II and the most rapidly developing recession ever seen in mature market economies," Bjørnskov wrote. "They have also caused an erosion of fundamental rights and the separation of powers in large part of the world as both democratic and autocratic regimes have misused their emergency powers and ignored constitutional limits to policy-making."