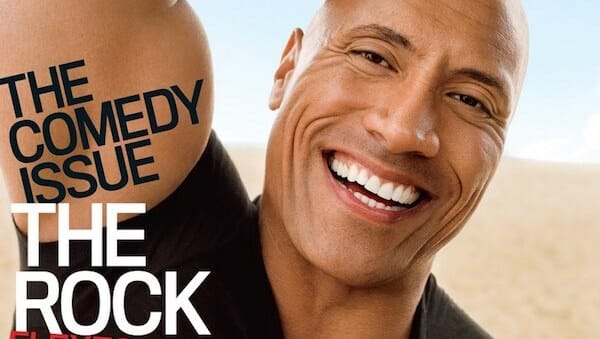 Dwayne Johnson, a.k.a. "The Rock," on the cover of GQ magazine

Dwayne “The Rock” Johnson endorsed Democratic presidential nominee Joe Biden Sunday marking the first time he has ever endorsed a politician at any level.

Johnson, Biden and Democratic vice presidential candidate Sen. Kamala Harris each announced the endorsement on social media early Sunday morning. Johnson said that he has “centrist ideologies” in his endorsement video that he tweeted.

“As a political independent & centrist, I’ve voted for both parties in the past. In this critical presidential election, I’m endorsing @JoeBiden & @KamalaHarris,” Johnson tweeted.

As a political independent & centrist, I’ve voted for both parties in the past. In this critical presidential election, I’m endorsing @JoeBiden & @KamalaHarris.

The trio also posted a video of a conversation they had about the importance of the upcoming election. Johnson’s posts on Instagram and Twitter garnered millions of views almost immediately.

“When you’re honest with a scenario and people who you care about, and obviously, we, you guys, all of us care deeply about our American people,” Johnson told Biden and Harris.

Johnson, an actor and star World Wrestling Entertainment wrestler, has rarely weighed into political races. However, he said he was “seriously considering” running for president in December 2017 on the Ellen Degeneres Show.

The wrestler lambasted President Donald Trump in the aftermath of the death of George Floyd, who died in Minneapolis police custody, in a June video message. Johnson became the third-most favored candidate behind Biden and Trump following the video, Newsweek reported.

Johnson, a registered Independent who was previously a Republican, spoke at the 2000 Republican National Convention. His speech focused on encouraging all Americans to vote but didn’t include an endorsement.