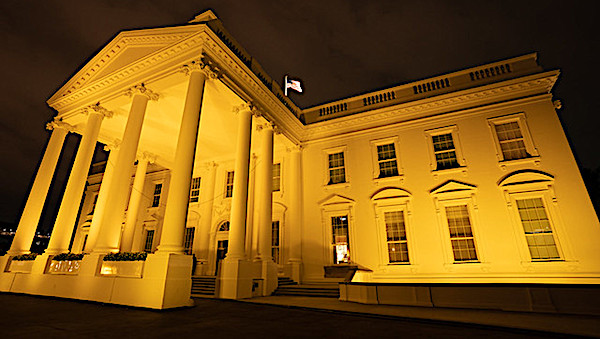 A coalition of progressive groups supporting the Democratic Party are planning to "threaten their way to the White House, warns the Washington Free Beacon's editorial board.

The SEIU, AFT, Color of Change, Indivisible, MoveOn, Demos and others are organizing for "mass public unrest," according to the Daily Beast.

"Occupy s---, hold space, and shut things down, not just on Election Day but for weeks," the groups instruct.

The Free Beacon observed that only "a fool would think that this 'nonviolent civil disobedience' will stay nonviolent after a summer that's seen over 500 riots across the nation."

The plan revealed to "a sympathetic outlet" is the "latest example of the left's campaign of extortion: If you want the protesting, rioting, and murder wave to end, all you have to do is hand Joe Biden a landslide," the editors wrote.

"The organizations claim to be preparing for an election 'without a clear outcome,' or the possibility that President Donald Trump refuses to concede. Of course, they have also worked to assure an ambiguous election night by pressing for a massive, disorganized switch to mail-in voting, even as public health experts say in-person voting is as safe as grocery shopping," the editorial said.

"Both the promised unrest and the scaremongering over the possibility Trump will not concede are part of the same drumbeat that Democrats have marched to over the past four years: Trump, and indeed the entire GOP, are not just bad but illegitimate."

It's why Hillary Clinton already has told Joe Biden not to concede, no matter what.

But the Democrats want to convince voters of a looming coup d'etat, and the danger is  an "act of treason" by Democrats, the Free Beacon editors contended.

Democrats are ginning up a variety of unsettling and unlikely scenarios "because their electoral strategy is to use these as an excuse to threaten more rioting in the streets – whatever they need to do to retake power."

It's really "a campaign by insurgent ideological groups to threaten and intimidate their way to victory" and "nothing less than electoral terrorism."